deepin is a Linux distribution committed to providing an elegant, user-friendly, safe and stable operating system for users all over the world.
deepin 15 Alpha 2 is thoroughly changed with a brand new system architecture. System performance and resources occupation have been significantly improved. Meanwhile, significant attention has been paid in internationalization for this system. Not only multi-language display has been improved, but also the mirror acceleration(CDN acceleration) function has been added for the first time. So you can experience the infinite charm of deepin wherever you are!
Now, exactly what's the difference between deepin Alpha 2 and its previous?

Thanks to the comprehensive optimization of the system internal architecture, deepin 15 Alpha 2 has become more light and keen. A new window manager has been adopted in this edition, performance and compatibility has reached perfect balance. 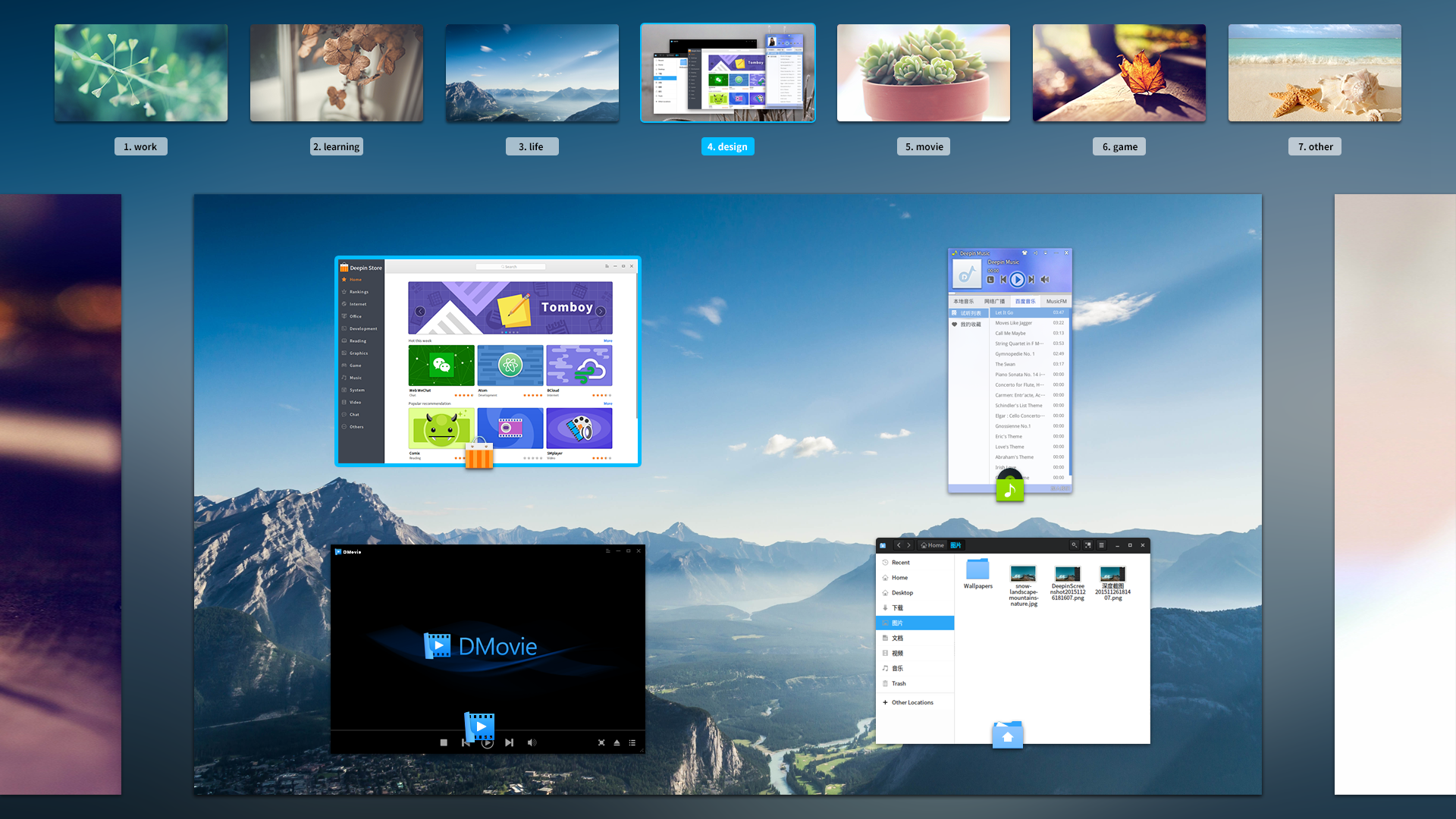 Deepin Store has been simplified. Uninstallation function now is moved to launcher and system update is integrated in control center. Each perform its own functions and do their best. 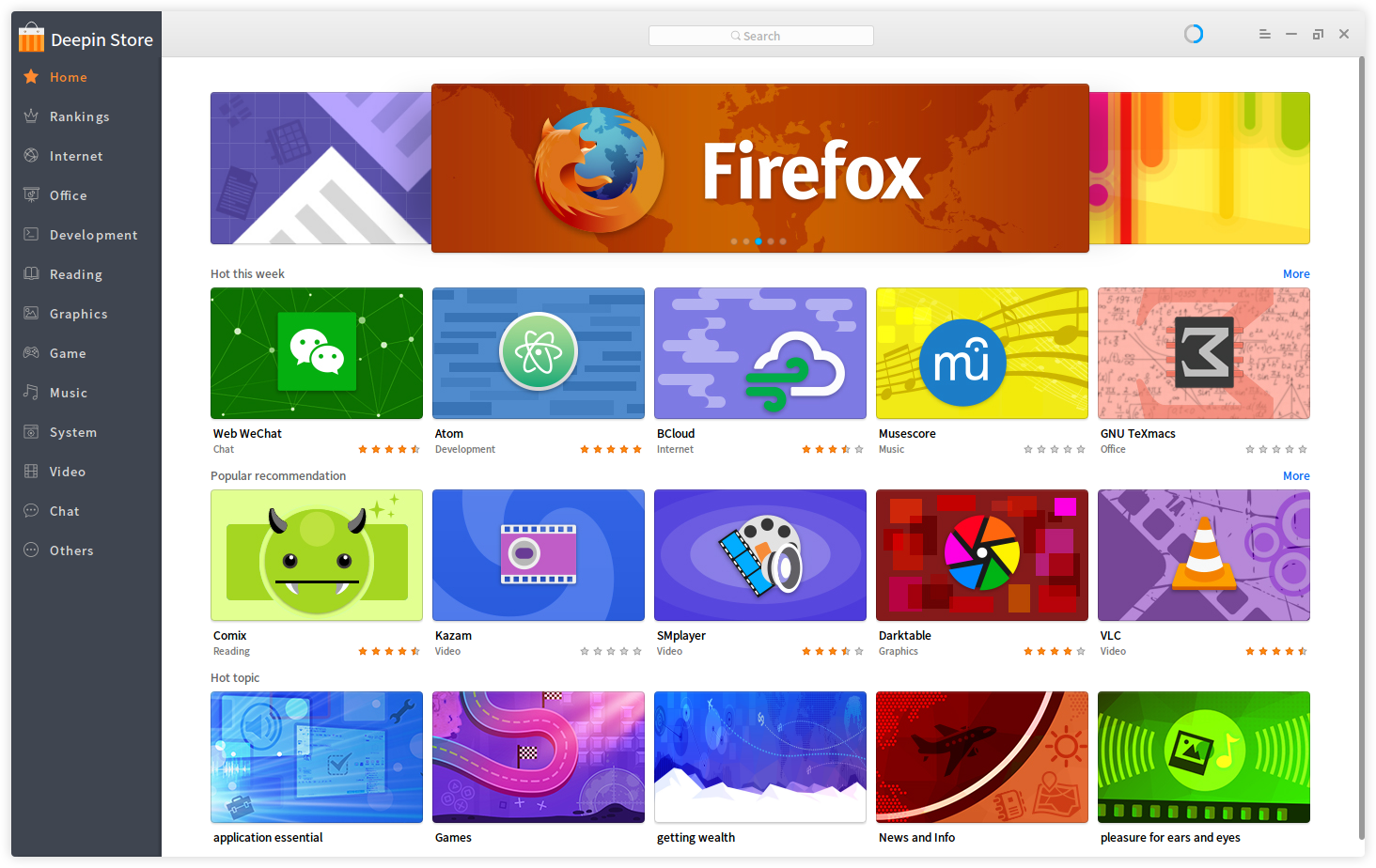 For details in experience, pressure response function has been added to digital tablet. It will be more handy for you to draw on PC. Optimized bluetooth function can automatically switch the audio device to bluetooth loudspeaker after connecting.
While emphasis on internal improvement, we also enhanced system interaction. For the first time we added sound effect for system startup, shutdown, wakeup and so on.

To hear the users' need and respond to users' confusion, we have built a complete assistance/feedback system. Deepin Manual, Deepin User Feedback and Remote Assistance have formally been added to the system. We will be able to respond in the first time for your request for help or feedback. Meanwhile, we have made the following adjustments to preinstalled software with the easy-to-use and enough-to-use principle:

Deepin at Your Fingertips

You can experience the charm of deepin with the time for just a cup of coffee!