Established in 2011, Wuhan Deepin Technology Co., Ltd. (hereinafter referred to as Deepin Technology) is a Chinese commercial company focused on the R&D and services of Linux-based operating system.

As the creator of Chinese operating system ecology, Deepin Technology not only built close working relationships with chip, computer, middleware, database and other manufacturers, but also jointly developed lots of applications for Chinese users with 360, Kingsoft, NetEase, Sogou and other companies. Its operating system product has been widely used in the government, finance, communication, education and other fields.

By 2020, deepin provides 32 language versions and 148 mirror sites upgrade service across 33 countries on six continents with a download of more than 80 million times. In the ranking of global open source operating systems, deepin is the first Chinese operating system product listed in Top 10.

In the future, Deepin Technology will keep adhering to the open-source and innovative spirit，develop an autonomous, controllable operating system, and be the major OS vendor in the global market.

deepin is a Linux distribution committed to providing an elegant, user-friendly, safe and stable experience for users all over the world. It not only integrates and configures the best open-source products, but also develops a series of applications for daily use, such as Deepin Store, Deepin Screenshot, Deepin Music, Deepin Movie and so on, among which Deepin Desktop Environment and Deepin Control Center are based on Qt technology. deepin focuses on user-friendly experience and beautiful design, so it's easy to install and use for most users and can well replace Windows for work and entertainment. 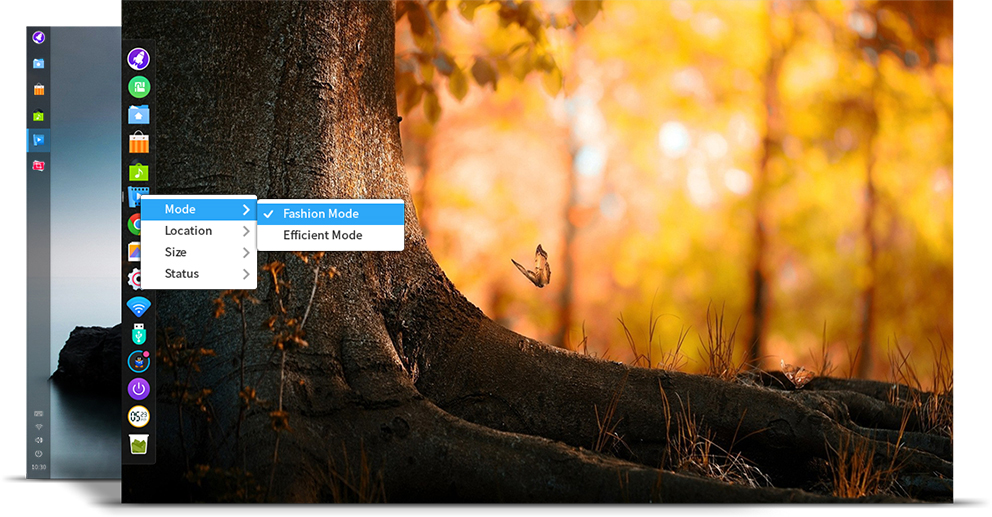 Formerly known as Hiweed Linux, deepin can be dated back to 2004. It is the first localization distribution based on Debian in China. Hiweed Linux was renamed to deepin in 2008 and got business investment in 2011 to build a team focusing on desktop Linux distribution with tens of staff. deepin cooperated with Sogou, WPS, Maxthon and other partners in multiple aspects to build an ecological system based on Linux. Meanwhile, we strive to resolve compatibility problems due to porting software from Windows to Linux, so that users can smoothly move to the open and safe Linux platform.

deepin is free for personal users and free of any virus or Trojan. For government and enterprise users, deepin greatly reduces the maintenance cost and expenses of purchasing protection software, since there are security assurance and no backdoor trouble due to the open and controllable code.

deepin has developed rapidly in recent years. It is used by users from more than 40 countries and regions around the world, with more than 80 millions of downloads, and ranks No.1 on Distrowatch amongst Chinese Linux distributions.

Welcome to try deepin in both office and daily life, you will have an entirely different experience!