1、The Alpha release is not stable now, it can be used for test purpose only.

Deepin 2014 is still in Alpha release, and it is for the community users that are familiar with Linux only. This release contains some known issues and functions that are not implemented. It is not supposed to use it on production environment or as the daily used system. For those issues on implemented features and interactive, you are always welcomed to post your ideas on  Forum, or take a comment on @@Deepin Twitter.

2、DO NOT install and test on VMs.

As used Compiz, a compositing window manager to provide 3D animation and Gaussian Blur effects on windows which performance is poor on VMs, It is highly recommended not to install and test Deepin 2014 on VMs. The preferred way of installation and testing is to setup it on physical machine via multiboot mechanism, or to open DeepWin.exe on Windows system. We have scheduled to solve this issue by using our own Window Manger on a planned future release.

Summary
The Linux Deepin project get a new name now: the Deepin project.
Deepin is a Linux Distribution which devoted to provide elegant user interface and secure environment for global users. The Deepin Team has made a series of custom made software like the Deepin Desktop Environment, the Deepin Music Player, the Deepin Media Player, the Deepin Software Center based on the HTML5 standard & technology.
Recently, Deepin has rapidly developed its fame around 40 countries/regions and has been downloaded for about 10 million times, reached the highest rank among most Linux distribution made by China in distrowatch.

The Deepin Team has received a lot of feedback from users, after over half of the year’s development and redesign, now the Deepin 2014 Alpha version shipped with Deepin Desktop Environment 2.0 has released. 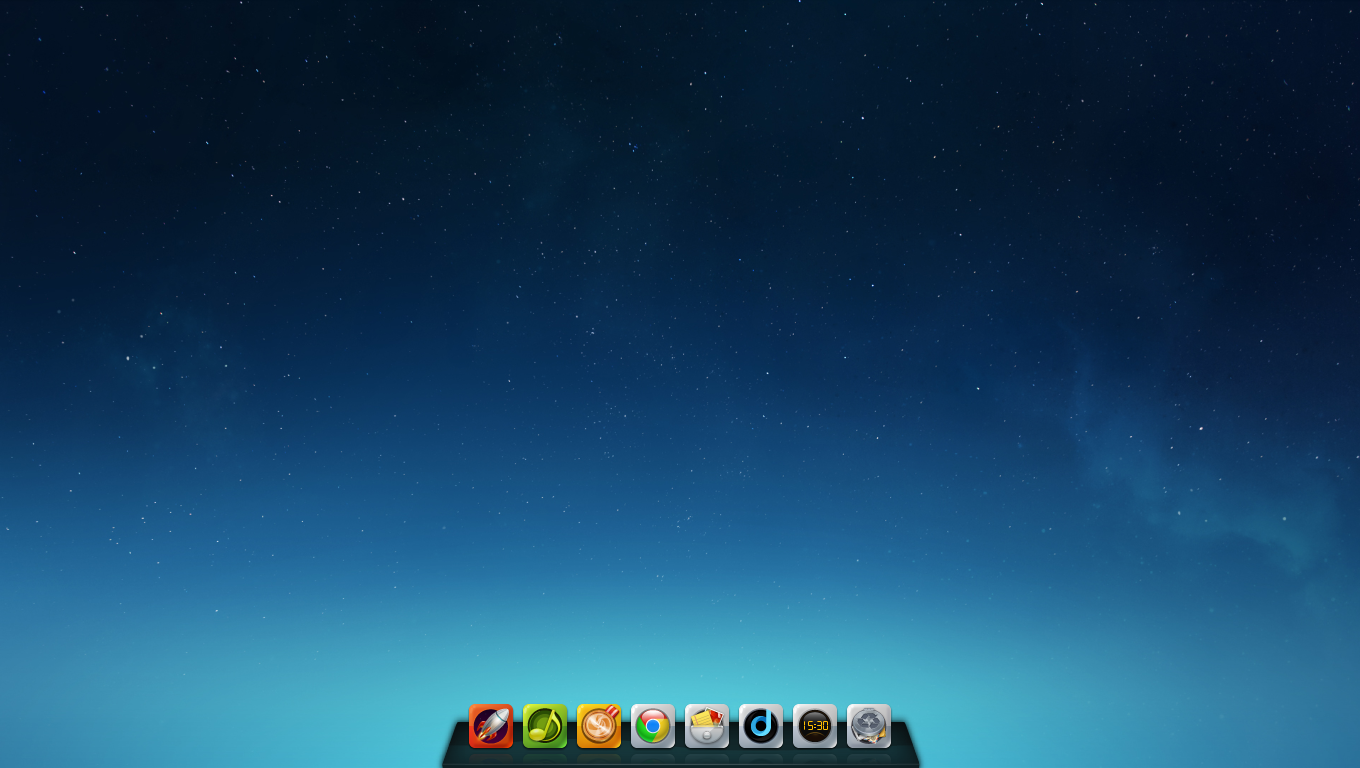 Kept the convenient function of the original desktop, the new desktop now has a new Corner Navigation item on the context menu for setting the function of the desktop corner, so that users can easily customize their desktop corner now.
And the new Dock has merged the functionality of the original dock and the old system tray, as well as pinned its default position to the bottom center, to make it both elegance and practical. 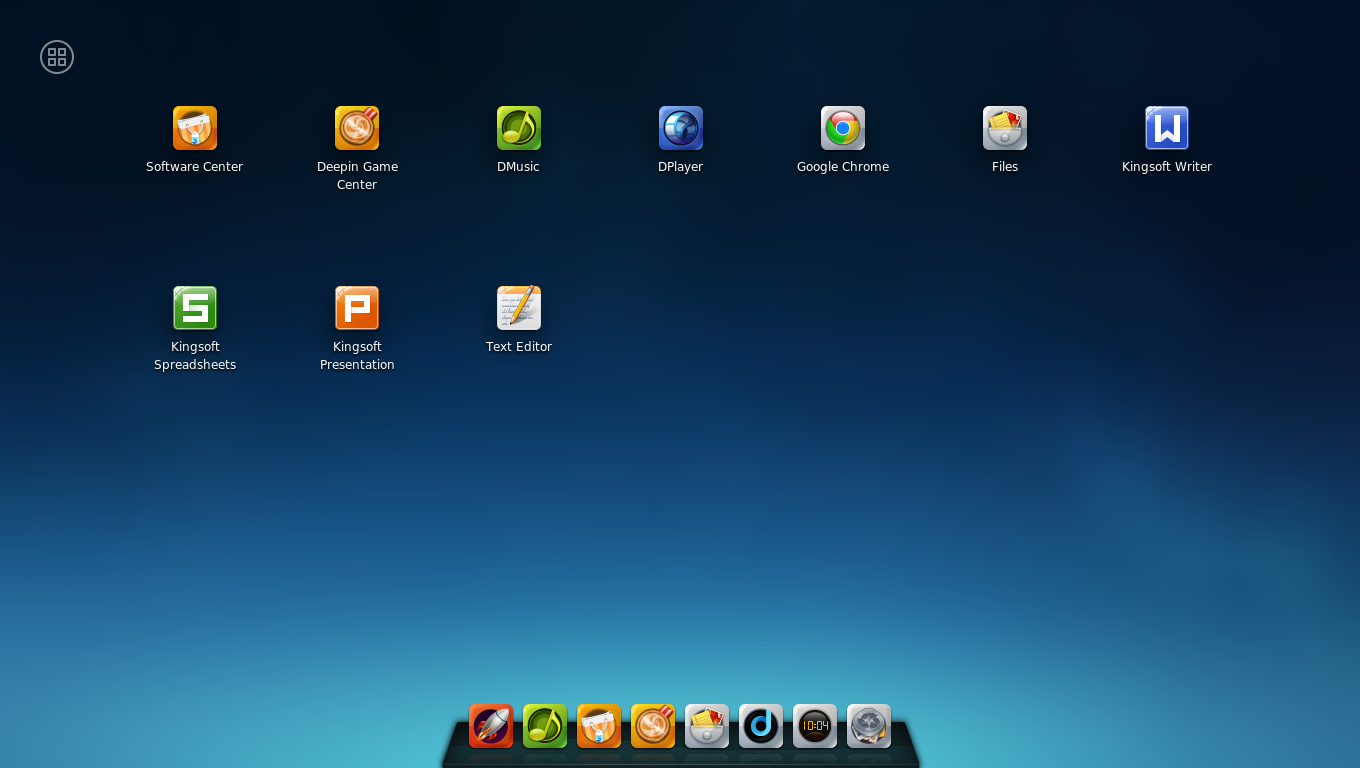 The new launcher has added the Favorite interface to display the Recently used App. It also added the Uninstall item to the context menu of the apps, making it easier to uninstall an app. 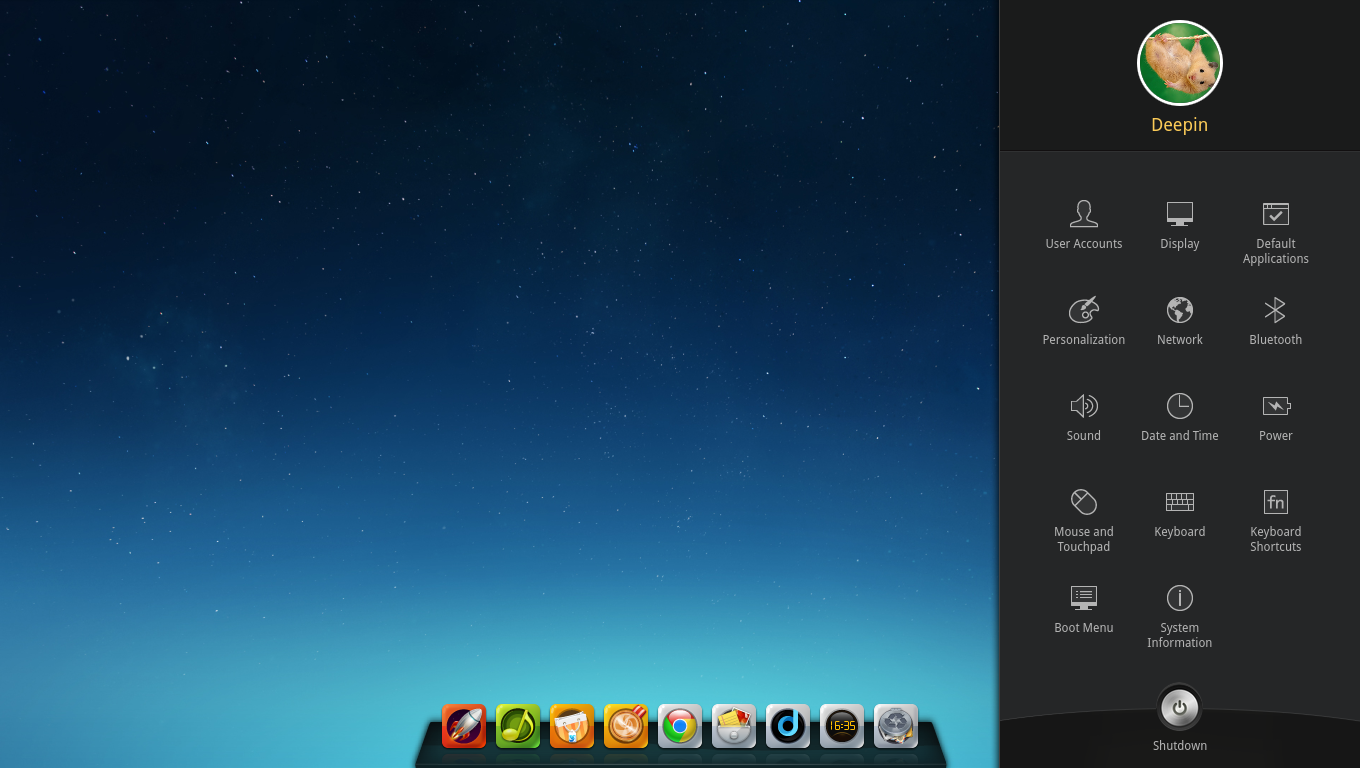 The Deepin System Setting in the version 2.0 of the Deepin Desktop Environment has now renamed to the Deepin Control Center.

After hearing from user’s feedback, this brand new Widget has adopted a more clear way of classification to the setting items. the Deepin Control Center now provide a powerful Theme Manager, a Boot Screen Manager (GRUB), an enhanced multi-screen display and an improved network settings from this new version on. For the version Deepin 2014 Beta, we planned to attach more features like Wi-Fi hotspot share. 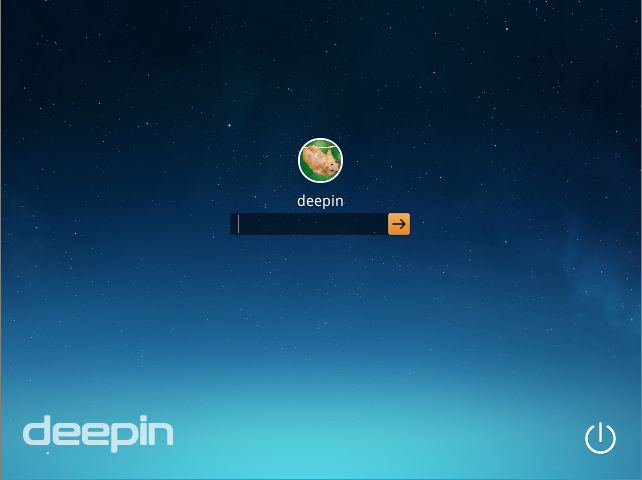 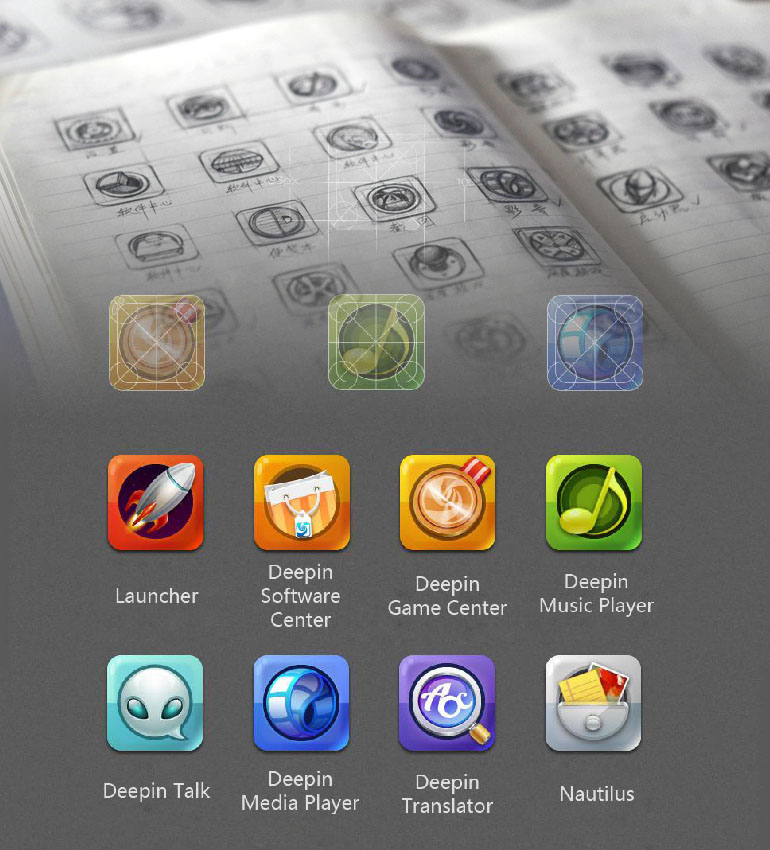 The Deepin Design Team has redesigned the theme for the Deepin Desktop Environment. The main color of the theme is black, and the icon style is compactness and skeuomorphism, and now the system is full of colorful elements.

And what’s more, the Deepin Installer support both BIOS and UEFI firmware.

Send us Feedback
Deepin 2014 is now in Alpha, it might has some problems and disadvantages, and it is always welcome of you to submit suggestions and ideas on our bug tracking system. Thanks to the contributors for the Development of Deepin!
Besides, we will fix the bugs from user’s feedback on Wednesday and push the update on Thursday start from this week, please follow our newest activity on Twitter and our Forum.

Other
The Deepin system is released for the ordinary desktop users. It is prohibited in the case of unauthorized used for commercial purposes. If you need commerical support, please contact us,the email address is: bd@linuxdeepin.com.

If you are competent and confident to build one significant open source OS with us, you are welcomed to join us.