As the pre-installed video player, Deepin Movie V3.0 is rewritten based on the previous version and its back-end uses MPV. The interface has also been newly designed, and further improved in start speed and play operations.

Black theme is used in Deepin Movie by default with minimalist design. Button layout is optimized to focus on play area, and you can also switch to a white theme. 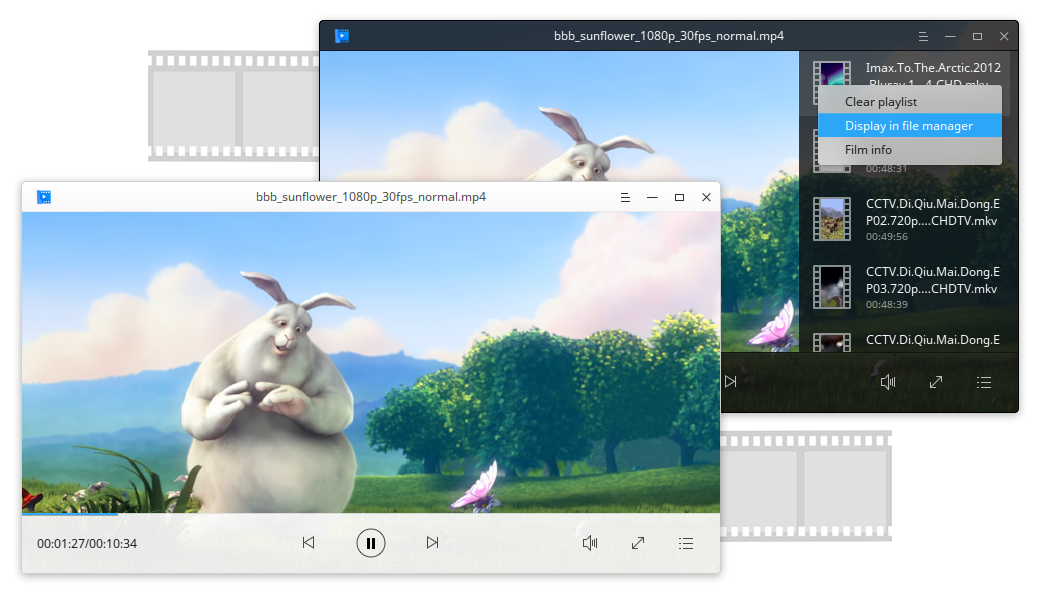 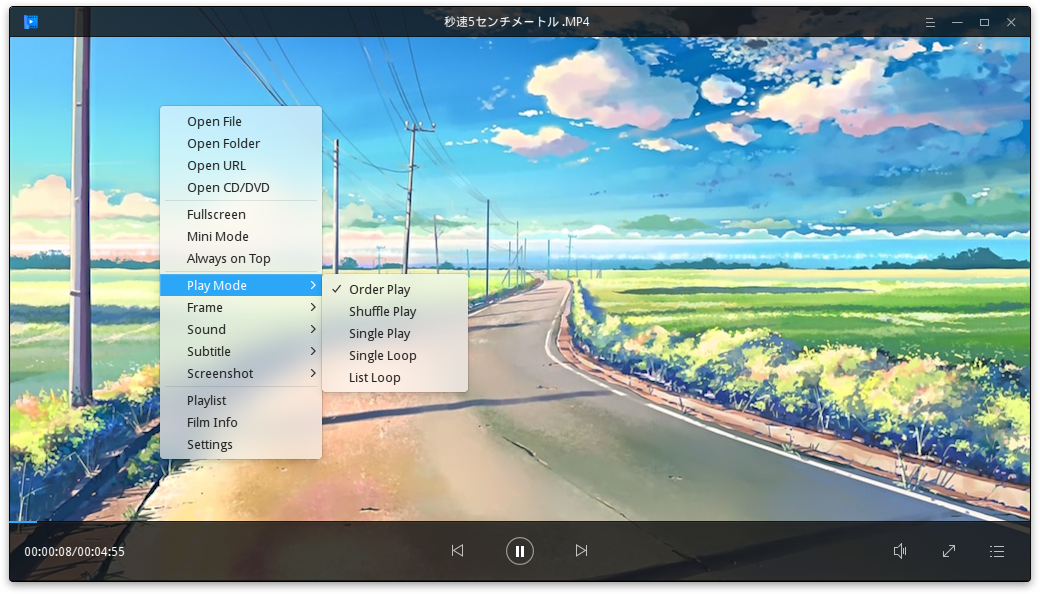 Deepin Movie supports to switch between fullscreen and mini mode, adjust and rotate the frame, freely drag and drop the play window by your needs. 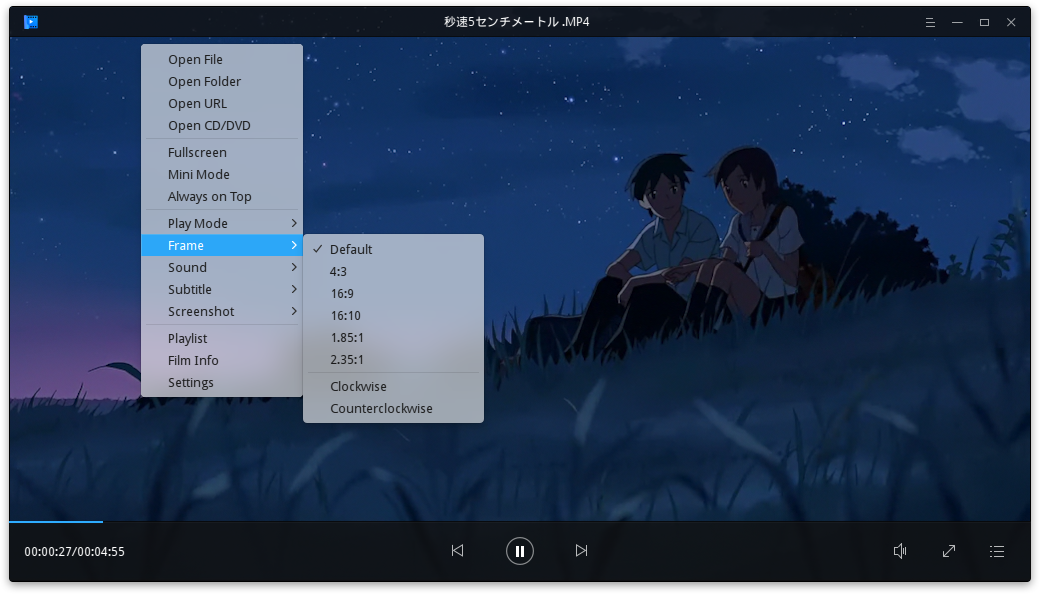 Deepin Movie supports to switch between stereo, left channel and right channel. When there are several tracks, you can switch between them to enjoy the film watching experience. 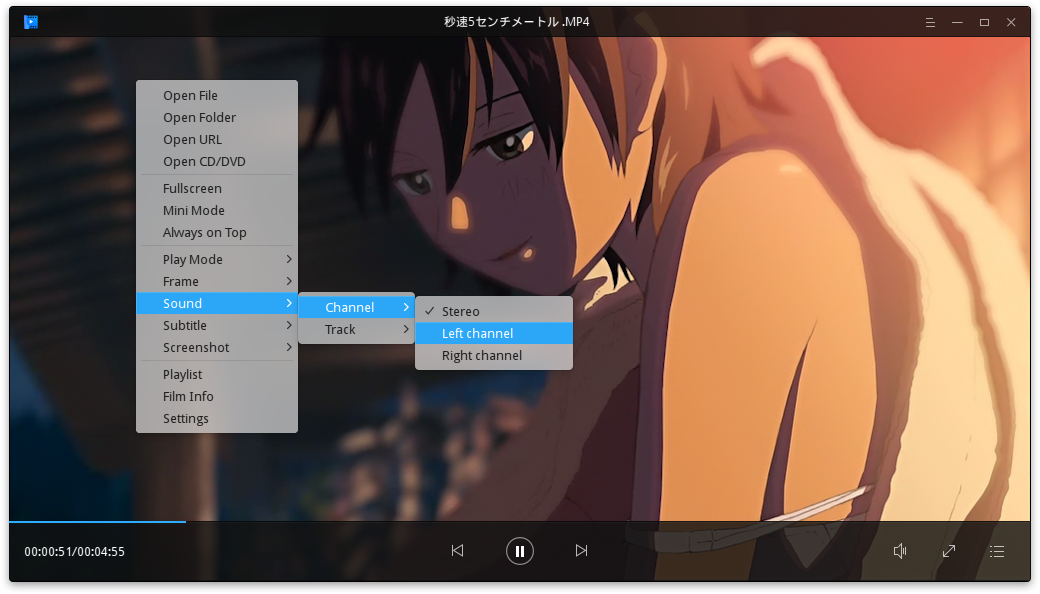 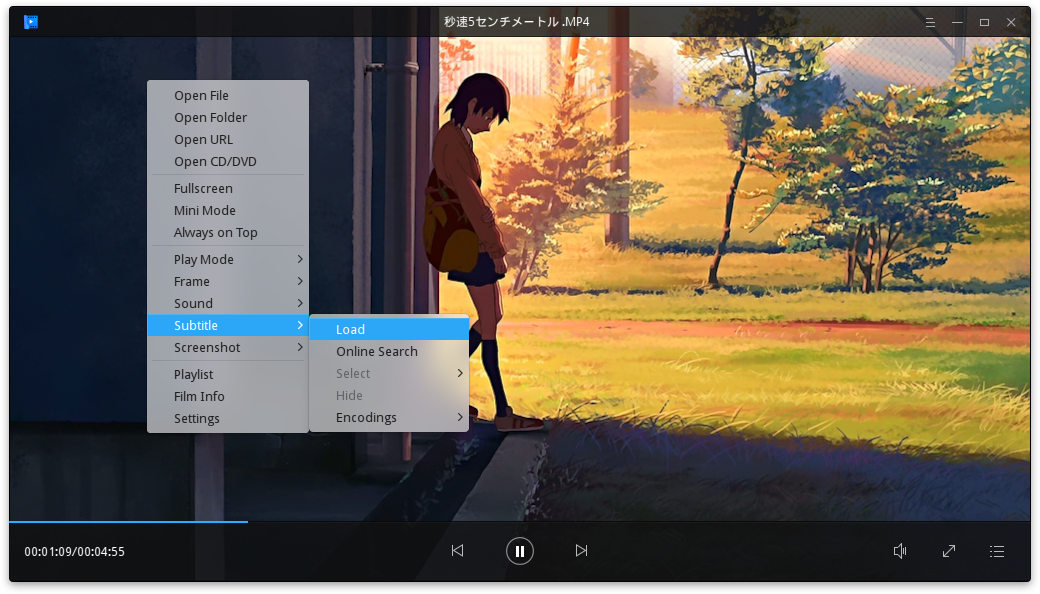 Screenshot is newly added in Deepin Movie. Users can take a screenshot of the film frame by Flim Screenshot, and also take screenshots of the whole film by Burst Screenshot. 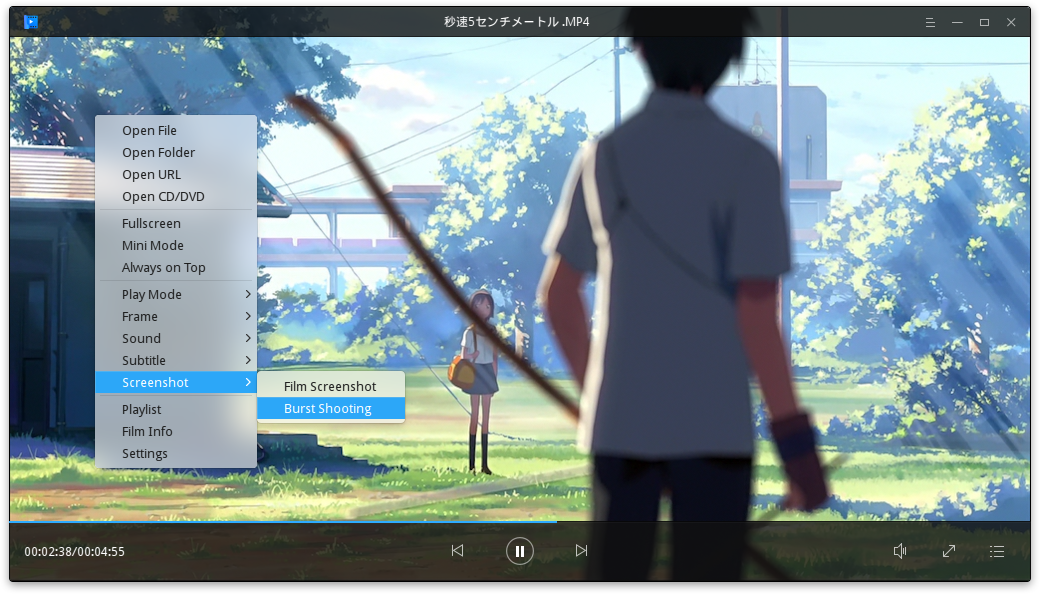 Welcome to use Deepin Movie V3.0 by updating your system or download in Deepin Store.