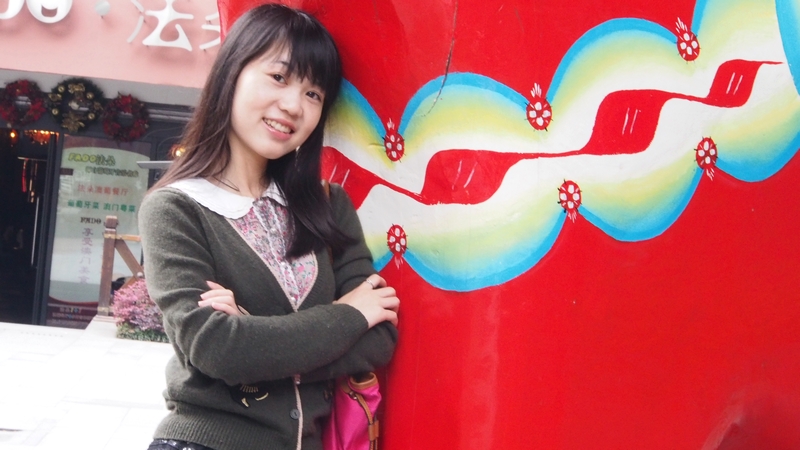 Guo Pan, an icon designer from Deepin design team. Her major is the computer art design. In earlier years from graduation, she mainly worked on pre-art-design for games and animation. After getting in touch with the application program interface design of IPAD, she began to focus on the icon theme design of UI gradually.

Q: Would you like to tell us the story of joining the Liniux Deepin team?

In fact, I didn’t know about such OS like Linux the earlier years when I worked on pre-art-design for games and animation. At that time, most design draft were either made by hand or helped under Windows OS. Being so fond of elaborate ICON, I couldn’t help imitating so many excellent design works. As time went by, I was progressively equipped with the ability to do original works. At last, I just followed my interest to do interface design on book application for a Hong Kong company. It was the fist design job on UI that benefited me a lot. Until the encountered with Linux Deepin, a team full of challenge, passion ,dream and courage, I finally realized the real dream I have been longing for so long. Without hesitation, I joined in my dreamy team_ Liniux Deepin.
Q: why did the Linux Deepin team decide to make Deepin Icon Theme and what’s the Design Philosophy in it?

We mainly want our users to own the happy and comfortable experience and to attain the deeper communication of cognition and emotion. We would prefer to pursue the integrity of idea and user’s emotion more than the external attraction. Moreover, we will help users get almost the real feeling in terms of the breakthrough on the style, color, and sensation of the icon. More details will be revealed on the day of realizing Linux Deepin12.12.
Q: Can you tell us the design process of an icon briefly?

No matter how simple an icon looks like, it must come from a racking-brain process. First, you have to make numerous drafts. After the primary screening, you can keep on drawing on the monochrome paper with the integrity of specification and style. Next will come the colored paper drawing including the perfect colored match of icon and screen as well as the harmony of icons themselves. When all above have been finished, repetitive modifications been cannot be neglected. Anyway, I will try my best to wrap up the satisfactory design for our users.

Let me take the upcoming icon from game center for example.
*This is what the original game-icons look like. This design visualized the letter“DG” with crown, which displayed a sense of satisfaction from players.

*More ideas are added into the design of Deepin2.0 Icon.
This is the sketch design.

This is the black -and –white sketch.

About the designed backplane:

Several matches between the backplanes and objects:
The winner:

Q: Have you ever faced any challenges in the time of designing?

As far as I am concerned, any design with stunning attraction must be the crystallization of the efforts from the designer, the interactive communication and the users’ feedbacks with no exception of Deepin Icon. Only if the designer has considered the multi-existing factors, can the special philosophy of the Deepin Icon be revealed.
Q: What do you want to share with us after joining in Linux Deepin Team?
To be frank，having been a windows user for years，easy and simple as it is，I have to say that its design isn’t as perfect as Mac. However, the operating experience of Mac is a little weak. As for Linux Deepin, we are determined to achieve a design in which the easy-simple feature and he gentle OS can coexist. Anyway, we have been always enjoying the pleasure brought by such challenge and we are keeping…
Q: Would you tell us some details about the Deepin Theme of the new distro?

We gave a bold try on the combination between the circle and axis line on designing the Deepin2.0 Icon, which turned out to be a series of colorful elaborate icons in harmony. 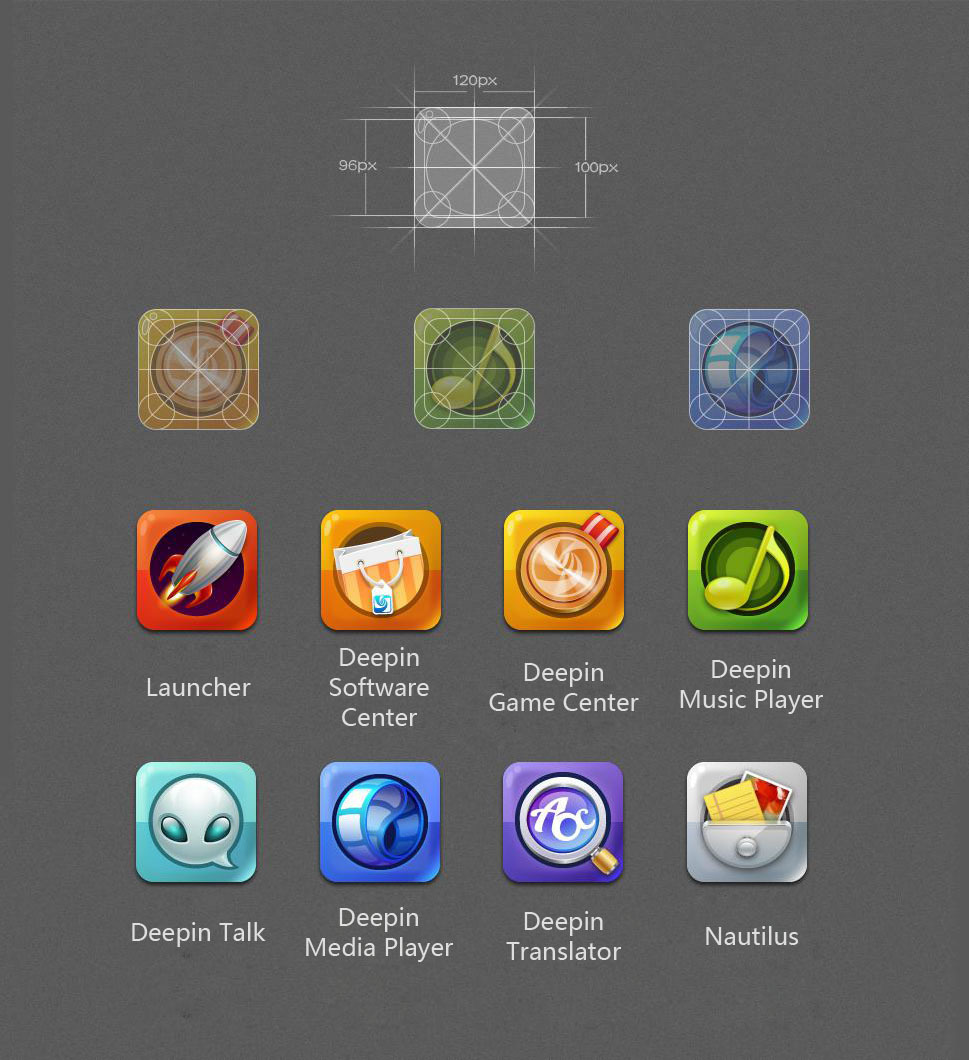 Q: Do you have something to say about the trend of designing the future LD theme?

We will keep follow the simple and visualized style of LD 2014.
Q: At last, are there anything you want to share with us?

Your support is what we want.
Coming up next
Friends who have been concerned about our updated tweeter must have known that the video is being shot by the ultrabook which will be ready for bringing more fantastic videos for Linux Deepin fans. Now enjoy the camera titbits.