Welcome to the 4th issue of community interview. This time we have invited an Italian, Massimo Antonio Carofano, whose nickname is Maxximo88. Let's see his views on deepin community and deepin’s development and learn about the development situation of open source software in Italy and Europe.

cxbii：Hi, Maxximo88. Thank you very much for accepting this community interview. Please give us an introduction about you first. 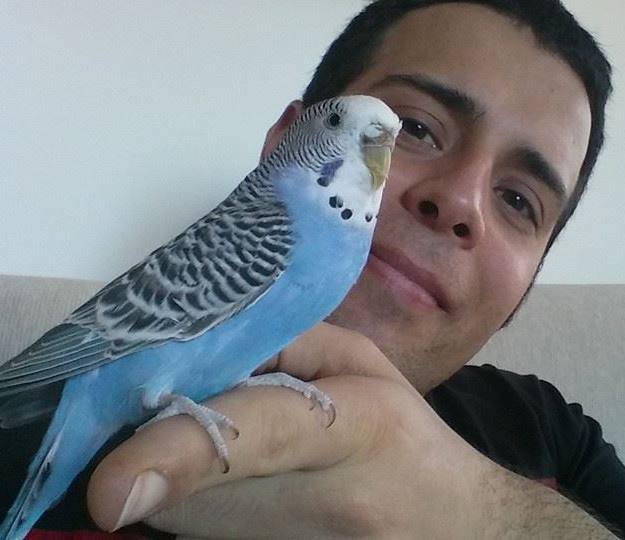 Maxximo88：OK. I'm Massimo A. Carofano, a young Italian. I graduated in Economics with the passion for GNU/Linux. During my academic career I have had the opportunity to use Linux and open source software. I discovered Deepin with the release of 2013, which is an Ubuntu-based Linux distribution that combines the features of Mac OS X and Windows 8.1 perfectly.

cxbii：Thank you very much for your liking deepin. What do you think of the development of Linux, please?
Maxximo88：First of all, I think there is a huge fragmentation in the Linux world, from operating systems to software. I think we must also say something about drivers, too. In fact, I think it is important to create an open source standard for drivers that can run on Linux, Windows and Mac OS X, so people could install Linux in any computer on which Windows or Mac OS runs.

cxbii：OK. What details or features do you like most in deepin system?Maxximo88：I want to say that I really like the Dock and App Drewer (launcher) in deepin. In deepin 2014.2 App Drewer (the launcher) is really smooth! Now I’ve decided to collaborate with deepin Team. I've translated deepin system into Italian using Transifex. I discovered that in deepin 2013, with Deepin Desktop Environment 1.0, there is a smooth but really Windows-styled dock...But DDE 2.0 is amazing!

cxbii：After using deepin system for a long time, did you find any imperfect places in deepin? How did you resolve them?
Maxximo88：The first thing I do after installing deepin is upgrading Linux Kernel. Now I use the Linux Kernel of 3.19.1 version, and it boosts deepin’s performance! Another feature I really like are widgets on desktop, there are various software to use them.

cxbii：deepin 2015 release which we plan to publish this year will switch to Debian depository and use sid branch. The kernel and packages will be upgraded more frequently.
Maxximo88：I think this is the right way! deepin 2014.2 is based on Ubuntu and Ubuntu is a great Distro... But switch to Debian could be better!

cxbii：What suggestions do you have to deepin community construction? What do you think deepin is most lacking of?
Maxximo88：I think deepin Team must create a unique place, such as a forum where people talk in English. It’s important for it to also have sub-forums in local languages, like Italian. And administrators of local sub-forums must collaborate with the administrator of the main English forum in order to get all the complete information.

cxbii： No problem. We are going to launch deepin new official website at the beginning of April, when there will be an English-based international forum, which will be a separate forum and will be isolated from Chinese users.
Maxximo88：In addition, I think it is important to create an English deepin Wiki, a sort of guide that could be translated into many languages.

cxbii：Well, when you haven’t logged in the system, you can not start the applications, which is consistent with the logic of the system and security. But this is really a demand, and we will try to think of ways to solve this problem. Here I’d like to tell you that the features of Deepin Screenshot will be fully optimized in the coming new version: It can support the switch and logout of multiple SNS accounts. Besides, some new functions and feature enhancements have been added in Deepin Screenshot. In general, it will become more stable and user-friendly. Hope you like it!
Maxximo88：OK. I have another question. How is my suggestion being progressed that Bug reporting function should be added into the Control Center?

cxbii：Currently it is being progressed well. We are trying to implement this feature, but our reported results may not be synchronized to the Mantis since we have a better consideration. What do you think of our cooperation with crossover? We port Windows software to Linux together with them.
Maxximo88：I can only say: please continue to collaborate. We need to be able to use Windows software on Linux. I hope Steam OS could open a new way for companies which develop software only for Windows to port software to Linux platform.

cxbii：We will continue to keep cooperating or launch new partnership with other companies. How do Italians view and accept open source software? What’s your opinion on the news “Italian Region Emilia-Romagna Is Switching To OpenOffice”?
Maxximo88：I know that many Italian and European administrations are switching to open source software, like Libre Office and Kingsoft WPS Office. The focus point of open source is that companies/users do not pay for license but pay for support, so it could be a new way to do business. Open source in Italy is not so well-known as in other countries, probably that’s because people are closed-minded in Italy.

cxbii：OK. Our interview ends here. Thank you for your participating. Good-bye!
Maxximo88：OK. Bye-bye.

The above is the content of the community interview of this issue. We hope you like it!

See you next time!