Deepin 2014 Beta is a development release. It is strongly recommended that you do not use or review it on a virtual machine.
The current development release of Deepin 2014 is known to have issues, and many features need improvement. Therefore it is advised that you not use it for a productive environment or as your main operating system for daily use.

Deepin 2014 utilizes Compiz for composite effects, which is infamous for its poor performance on virtual machines. You may wish to install Deepin on your hard disk or try it with a DeepinWin installer (an equivalent of Ubuntu’s Wubi utility). The two options mentioned are tested and are considered as the preferable choice to experience Deepin’s real elegance.

To solve the performance issue with virtual machines, we have planned to write a new window manager and replace Compiz for future releases. 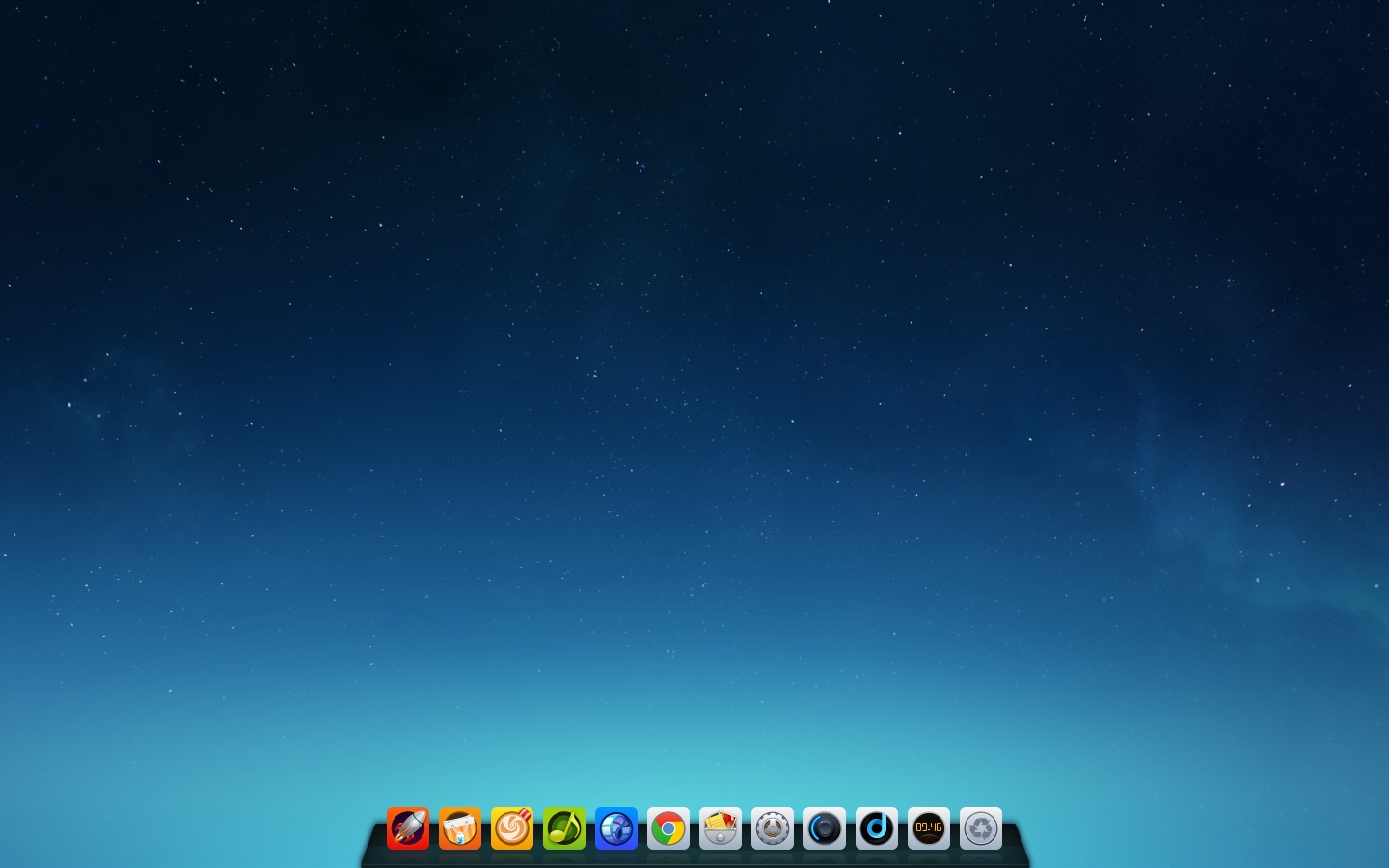 Deepin is a distribution that aims to provide an elegant, user-friendly, and stable operating system. The Deepin team has developed the new Deepin Desktop Environment based on HTML 5 technologies. The Deepin operating system has also shipped many other featured applications, including Deepin Music Player, DPlayer, Deepin Software Center etc.

Deepin has seen rapid growth in recent years and is used by users from more than 40 countries/regions. Deepin’s installation images has been downloaded tens of millions of times from the main mirror and ranks first among all Chinese distros on DistroWatch.

Compared with the previous Alpha release, Deepin 2014 Beta has the following updates and changes:

Since Deepin 2014 Alpha was released, we have received warm feedback and suggestions from all around the world. Many tweaks and improvements have been made accordingly.
In this release, we have simplified user selection in the login manager and added effects for the Dock and the Launcher.

Besides, the theme features in light tactile impression in Deepin2014 Beta. System trays are added in the Dock, which have made the system more elegant and improved the operating efficiency. 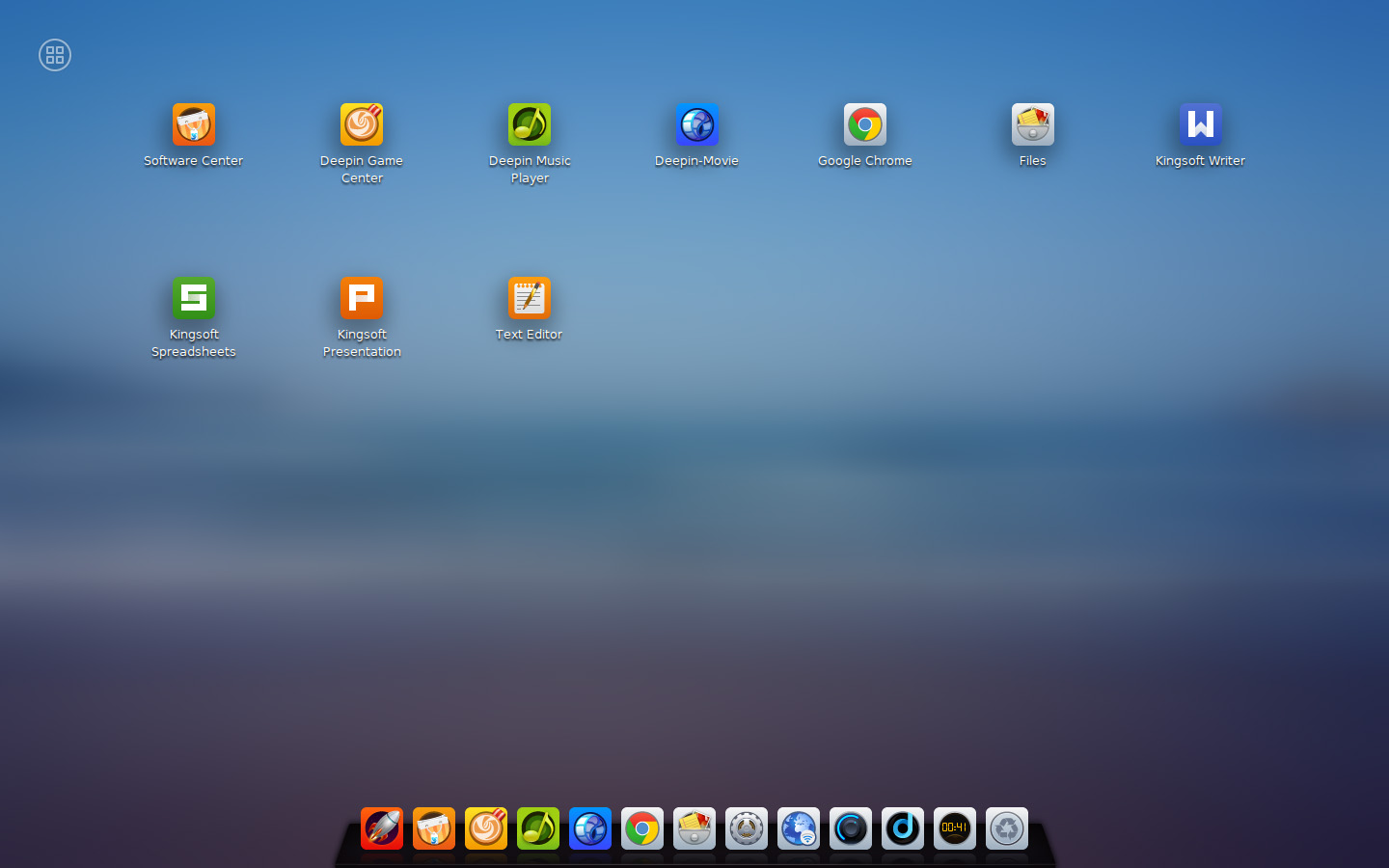 The beta release has shipped with a more mature and stable Deepin Control Center.
Many features are implemented, including broadband connection, VPN connection, hidden network connection, fixed IP and Bluetooth. The module for sound control is more stable.

Features for wireless hotspots and 3G network is still being tested, and will be pushed as updates through the Deepin Software Center before the final version of Deepin is released. 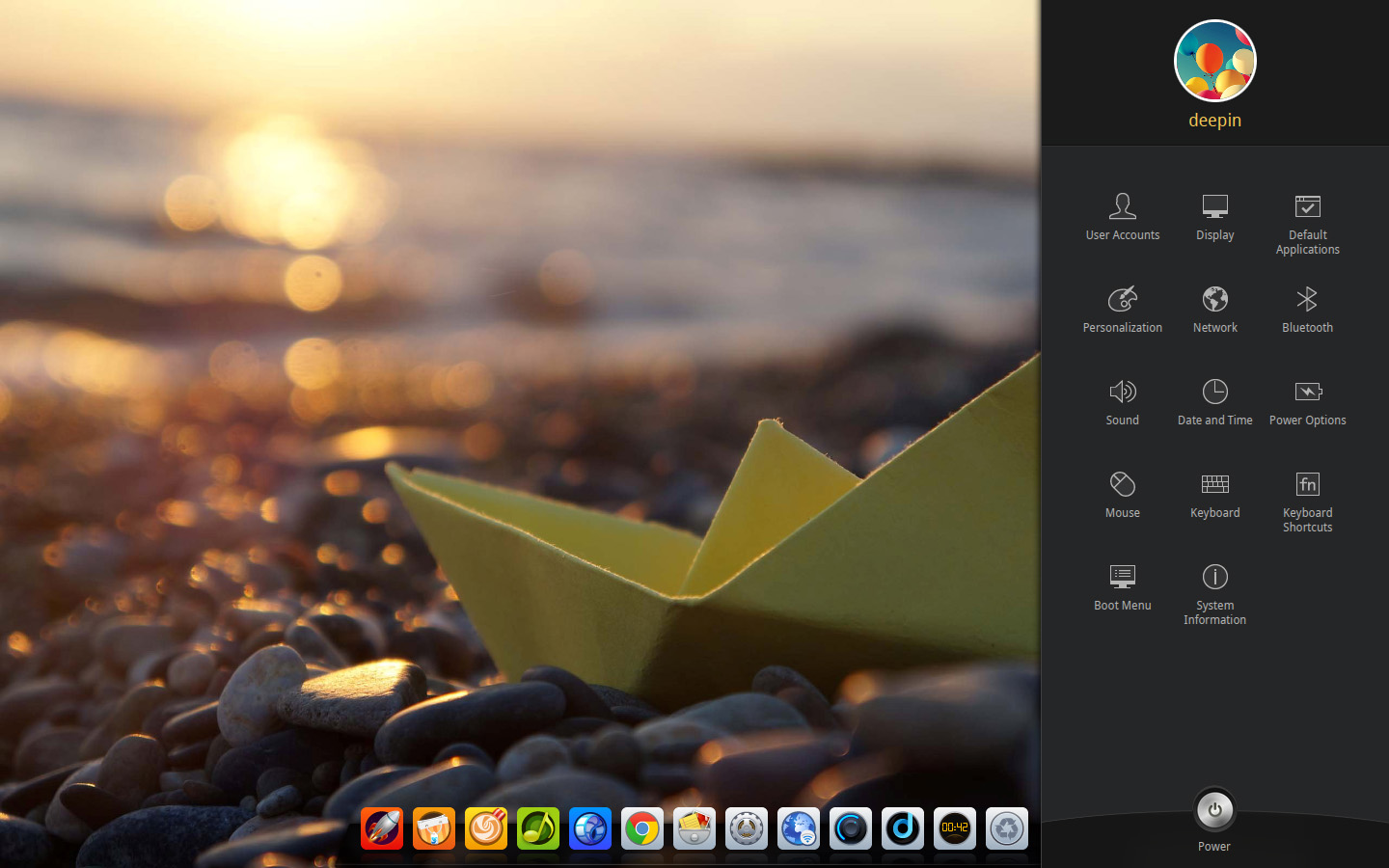 At present, Deepin 2014 repository has been updated completely, which will enable our users to experience the latest and various software.

Deepin 2014 Beta will come out with the brand-new deepin cinema, deepin translator, Sougou Input Method and etc. Besides, more handy software have been added in the system, such as Shotwell(graphic manager), GParted(partition editor) and font viewer. 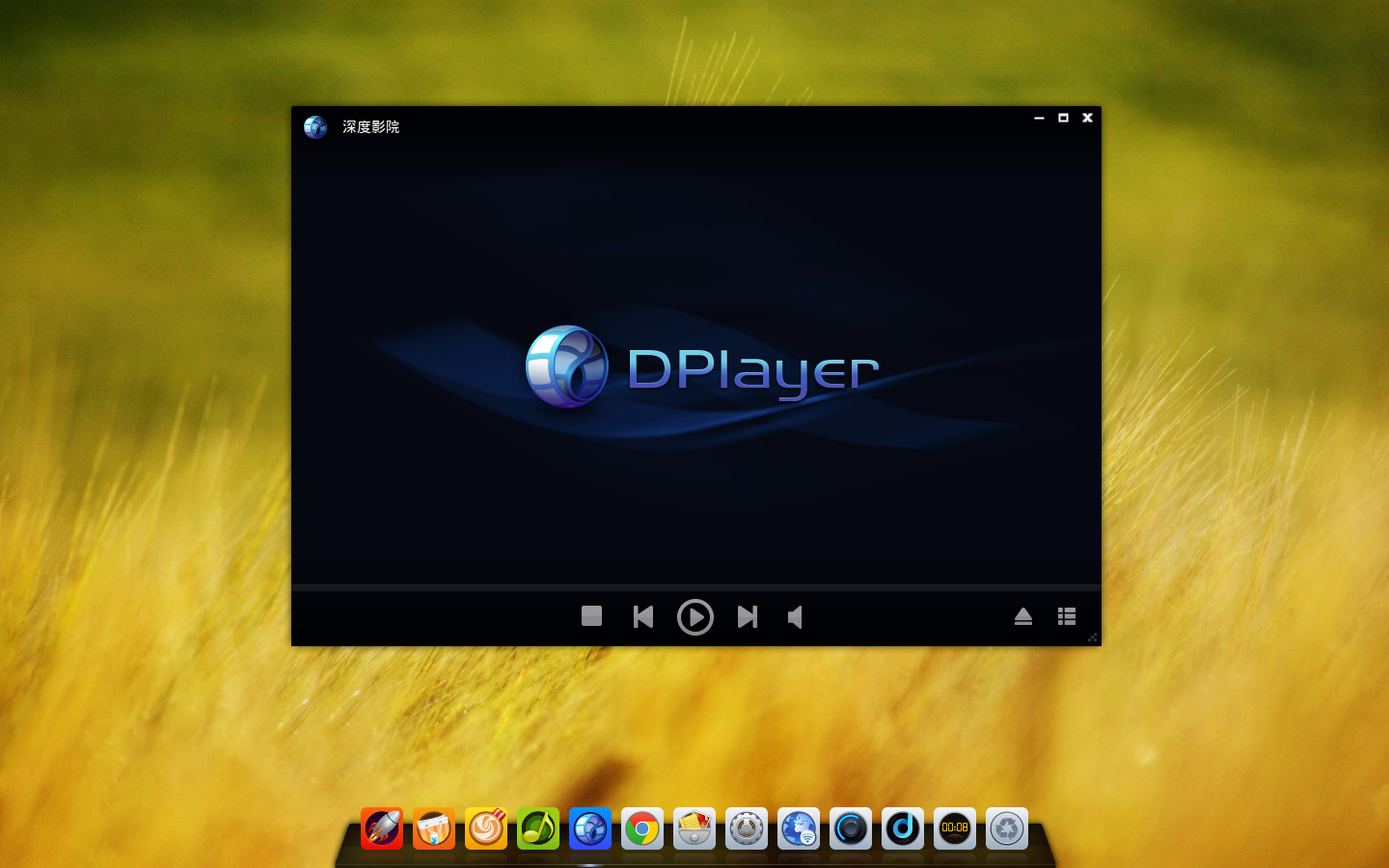 In addition, Deepin project has been supported with more than 60 mirrors. You can select your preferred mirror from the various choices in the preferences settings of Deepin Software Center so that you can update and install the software quickly. 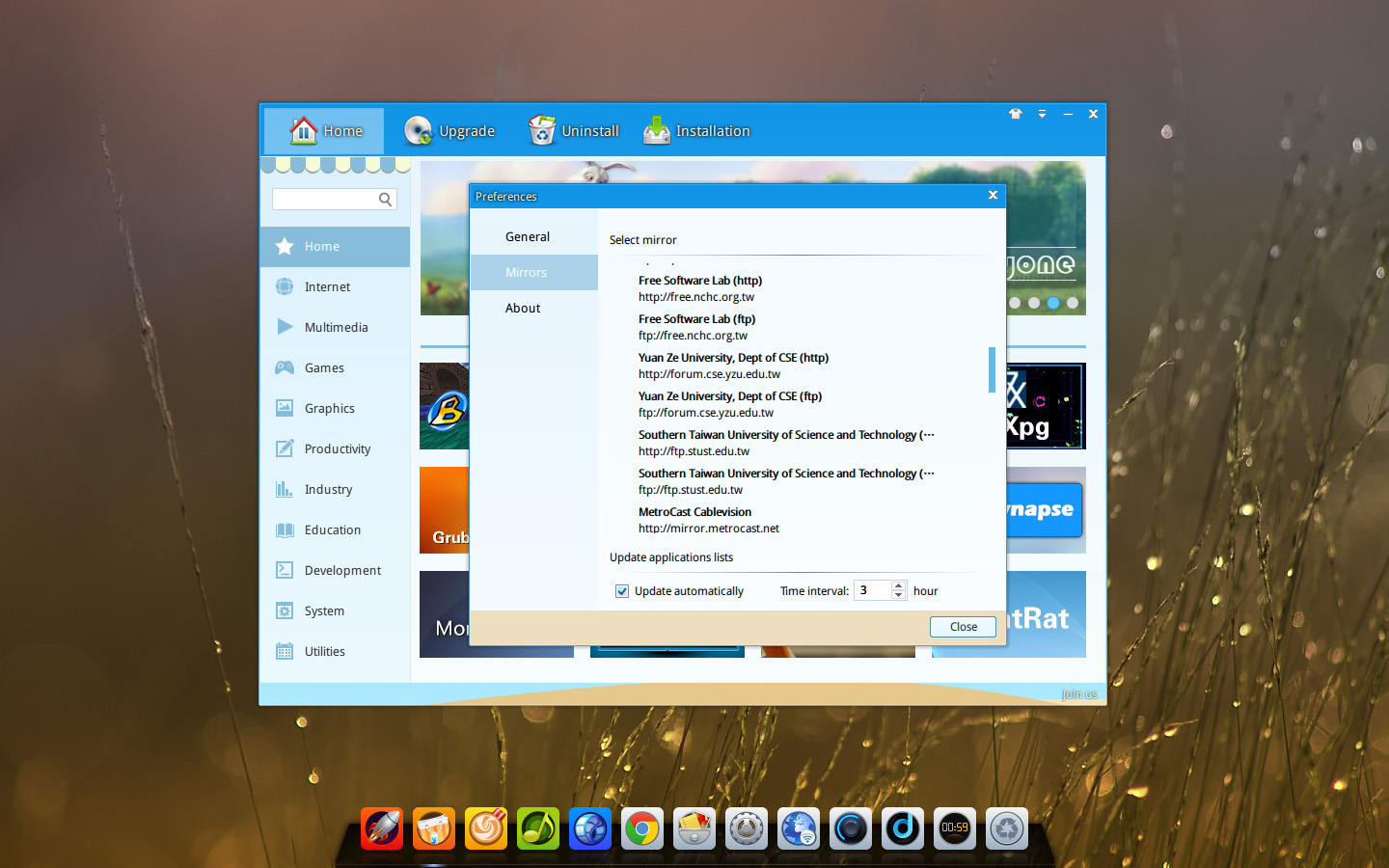 You can make the U disk as the startup disk with the help of software after downloading the Deepin 2014 Beta mirror. Then you can install it into your computer with brand-new deepin installer.

If your computer system in under Windows, we recommend you to download and install unetbootin and then make the startup disk with software prompts. For Linux, you’d better make it by dd command. 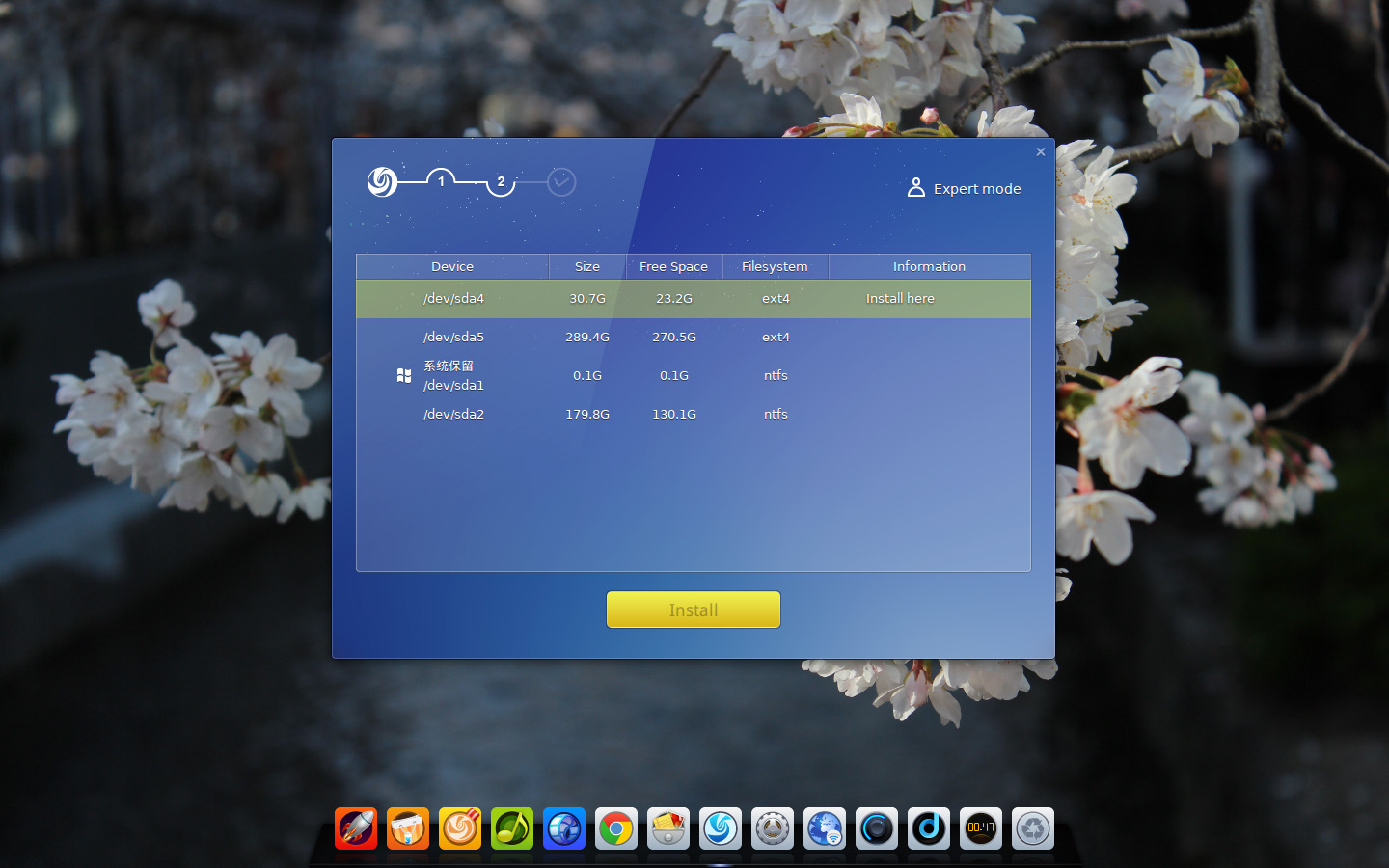 Deepin 2014 Beta is a testing version with potential problems. For information about bug fixes and improvements, please visit our bug tracker. You are also welcome to report any problems or give us any improvement suggestions on the bug tracker.

As for the existing functions and interactive problems during the using process, you can post suggestions on our official forum or make interactive talks by @ our official  Twitter(@linux_deepin).

From now on, we will fix the collected bug from this week every Wednesday and recommend patches on Thursday. Welcome our big fans to follow our weibo and updated news in forum.

Deepin targets the common desktop user. Welcome to download freely and experience it. You can contact us by sending email to bd@linuxdeepin.com if you want to enjoy commercial service.

Be capable, be confident. Yes, you can right join us to create the most fabulous OS desktop operating system together.

Moreover, you can take part in our international project and become one of the managers if you are interested in it.

We would like to express our sincere gratitude to everyone who has contributed to the development of Deepin.

Note: the truncated pictures above come from the works in Deepin2014 wallpaper contest which is continuing now. And selected wallpapers will added as the default wallpapers in Deepin2014. Believe yourself! Don’t hesitate to be a participator! 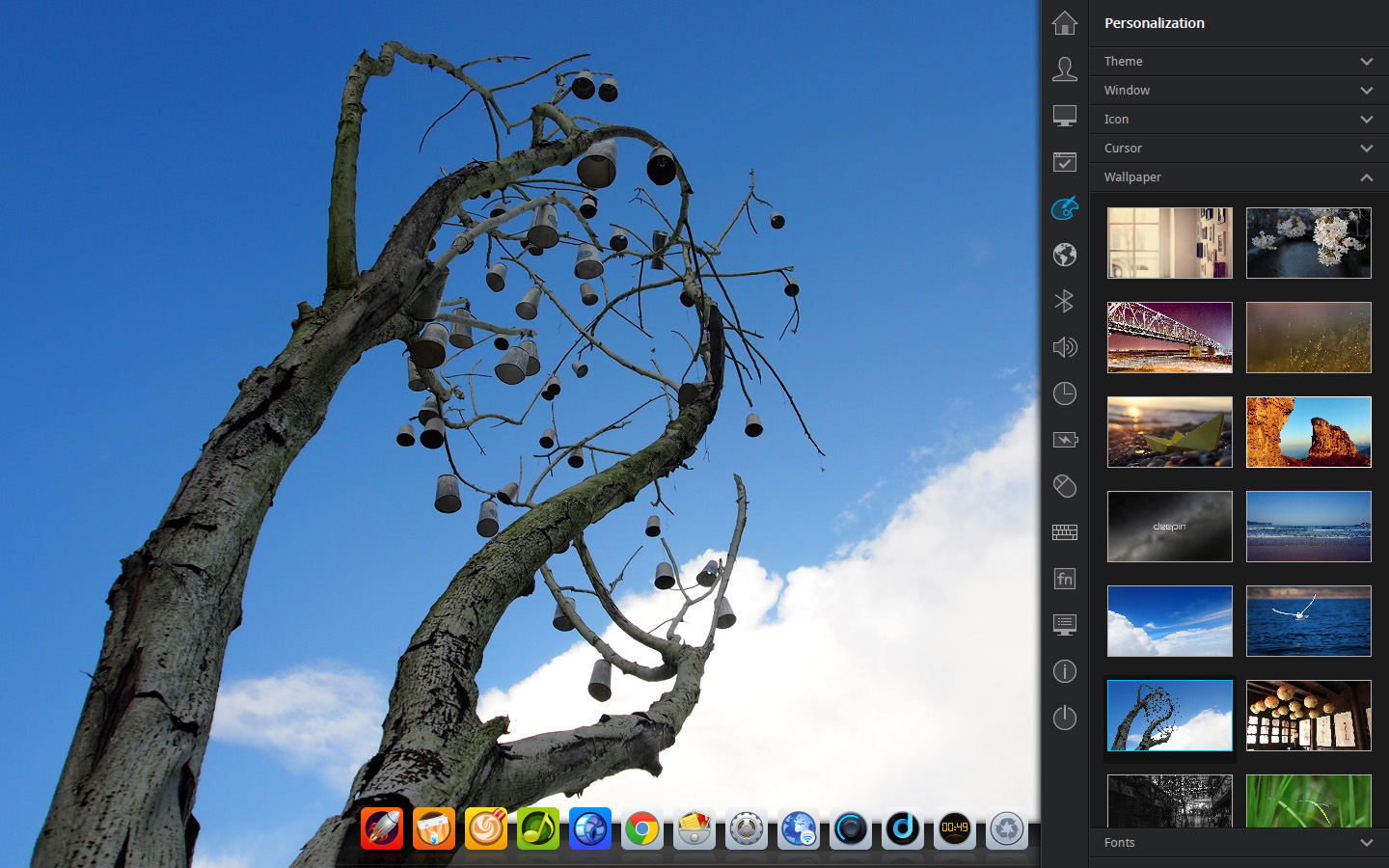