Deepin is an open source GNU/Linux operating system, based on Linux kernel and desktop applications, supporting laptops, desktops and all-in-ones. deepin preinstalls Deepin Desktop Environment (DDE) and nearly 30 deepin native applications, as well as several applications from the open source community to meet users’ daily learning and work needs. In addition, about a thousand of applications are offered in Deepin Store to meet your more needs. deepin, developed by a professional operating system R&D team and deepin technical community (www.deepin.org), is from the name of deepin technical community - “deepin”, which means deep pursuit and exploration of the life and the future.

Compared with deepin 15.7, the ISO size of deepin 15.8 has been reduced by 200MB. The new release is featured with newly designed control center, dock tray and boot theme, as well as improved deepin native applications, hoping to bring users a more beautiful and efficient experience.

In fashion mode, a hide/show button is added in the new designed dock tray. Click it to hide the icons in tray area and save the dock space. And, the power button is separated from the tray area to reduce the clicks and avoid the function confusion. 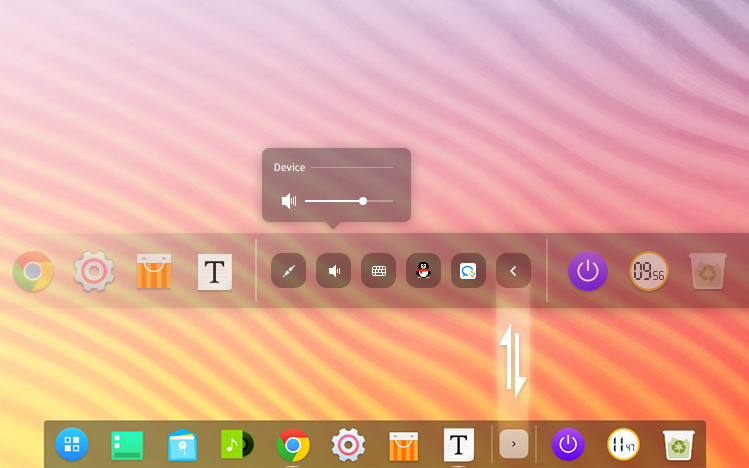 In efficient mode, the right corner is set to show desktop, and the previous “Show Desktop” icon is removed to meet user habits. 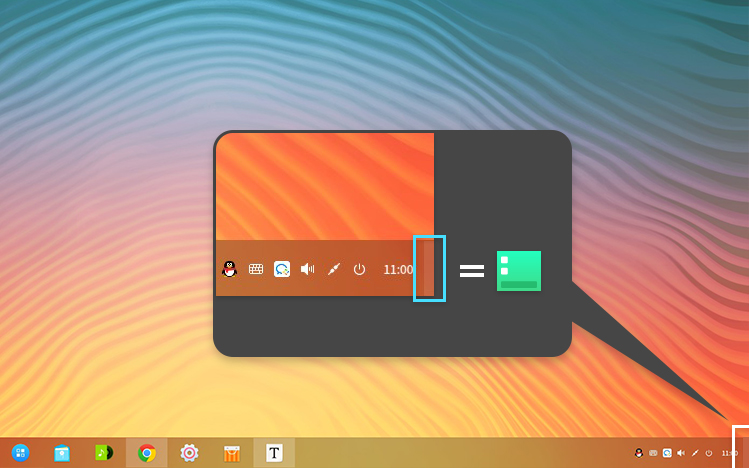 The “Auto Brightness” function is added in Display module (supports device with light sensor), so that the screen brightness changes automatically according to the ambient light and protects your eyesight. 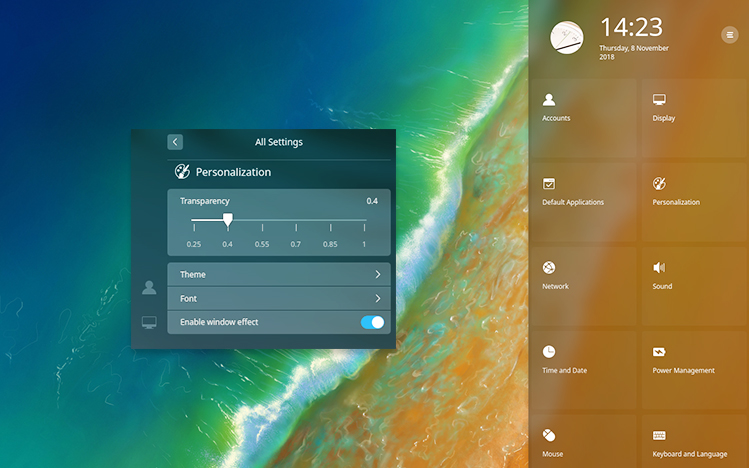 The new splendid theme is added to deepin 15.8 boot menu, bringing users a wonderful experience from deepin starts. More themes will be released in subsequent system updates, please have a wait. 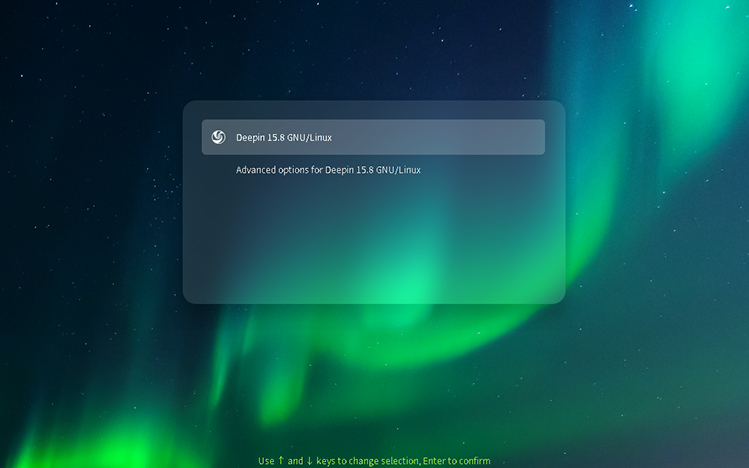 The dark icon theme is added to match with the dark theme of Deepin File Manager, making your window cool and elegant. 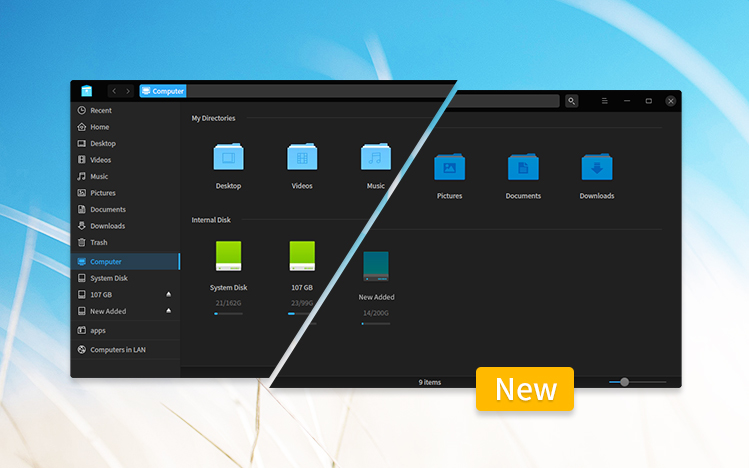 The new "Full Disk Encryption" function is added in deepin 15.8 ISO installation to offer another anti-theft measures along with the user password, thus to ensure data safe and secure on the hard disk. 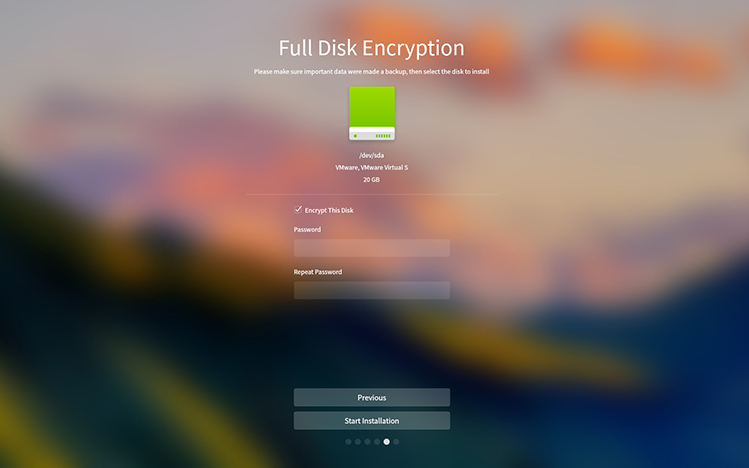 Deepin File Manager is improved with new “Recent” function which supports quickly find the recently used files and can be hidden in Settings. 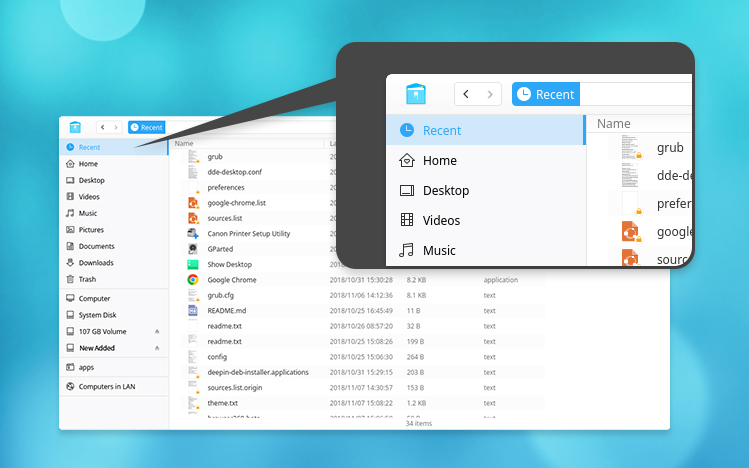 deepin 15.8 is improved from both the back-end architecture and the front-end applications, by fixing known bugs, optimizing the efficiency, and adding new features to offer users a stable and smooth operating experience. The following is a part of bug fixes and optimization record:

dde-dock:
* Fixed the identification error of connected network;
* Fixed the high CPU usage of network when hotspot was enabled;
* Fixed the issue that the network connecting animation did not disappear correctly;
* Supported dragging and dropping any desktop file to the dock;
* Recognized whether the preview window can be closed or not;
* Supported transparency settings (set in Control Center);
* Supported the new dock protocol (SNI);
* Added “Show Desktop” button in efficient mode;
* Redesigned the tray area in fashion mode;
* Removed hot corner presets which can be customized by users.

* Deepin Recovery cannot be used after installing on an encrypted partition.
* The black screen appears before reboot after the installation was completed and USB flash driver was removed.
* The app icon is shown incompletely when dragging it in Launcher after turning off the window effect and setting the display scaling.
* The window disappears occasionally when maximizing/restoring the maximized window.
* The cursor does not change when moving it to the split line between two columns in list view of Deepin File Manager (low probability).

Prior to deepin official release, usually an internal test is implemented by a small number of community users, then we record their feedbacks and fix the bugs. Before this release, we test deepin 15.8 both from system upgrade and ISO installation.
Thanks to the members of internal testing team. Their contributions are highly appreciated!