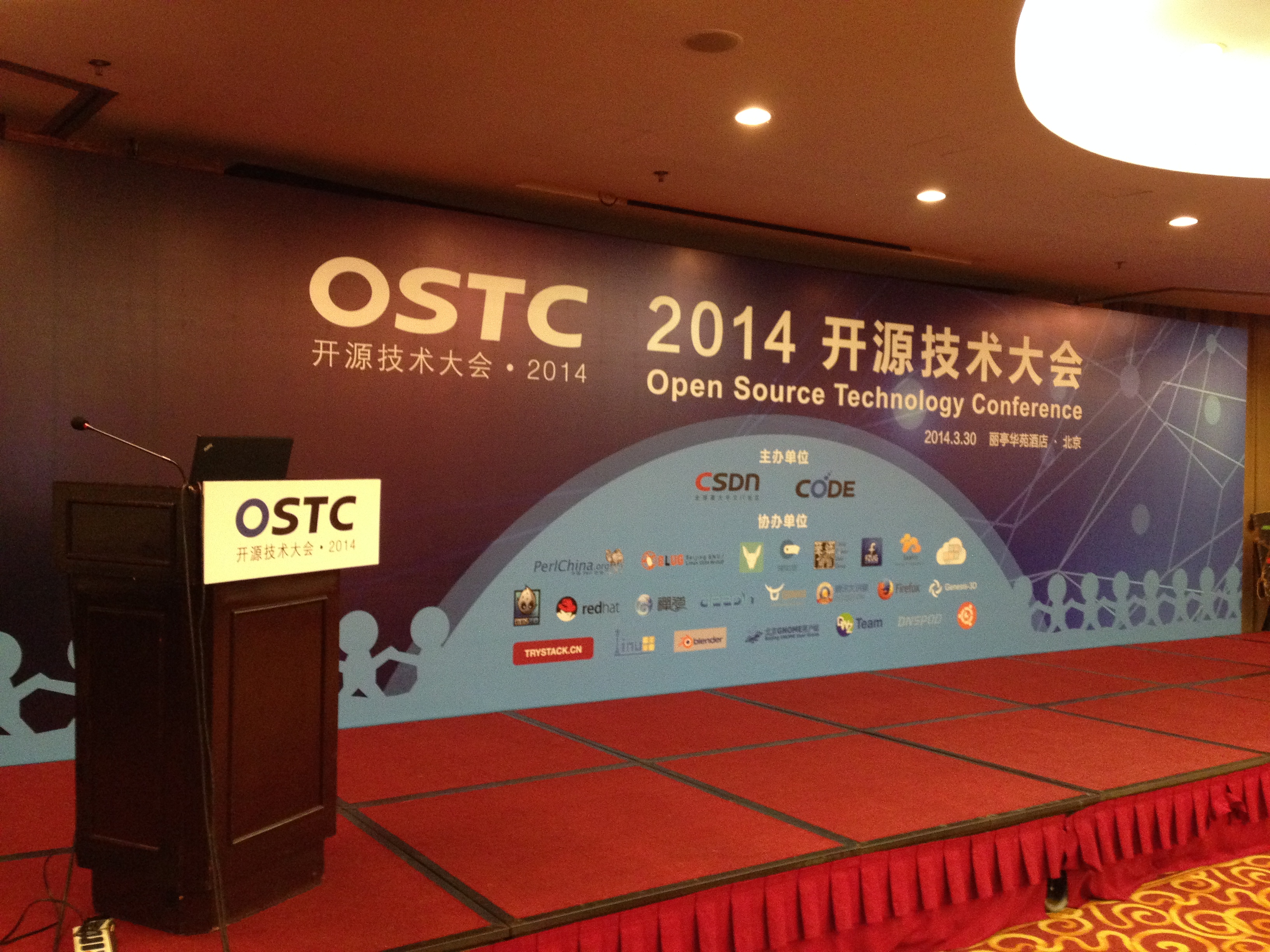 The CSDN 2014 Open Source Technology Conference (OSTC) was held in Beijing on March 30, 2014. With the theme of Open Mind and Open Source, this conference had widely assembled OS participants and enthusiasts from all over the country .what excited us was that the host had invited the OS contributors and community activists to share the precious experience on OS technology and community operation. Those speakers held deep discussion on the current situation and future of China OS development including various fields of OS, Web development, mobile and game development, enterprise application and so on. The aim of this conference was to prepare a real offline-party for OS fans in china based on the equal, open and pragmatic spirit.
Having been invited to the conference, the delegation of Linux Deepin team arrived at Park Plaza Beijing Science Park on March 30 and then attended the conference. The host had invited a multitude of OS contributors and community activists, such as Larry Wall (the Perl language designer), Chen Lei (the vice president of Tencent social network business group),Yan Xu ( DouBan technical director) and so on. This was the summit conference in the OS field. The agenda for the conference was as follows: 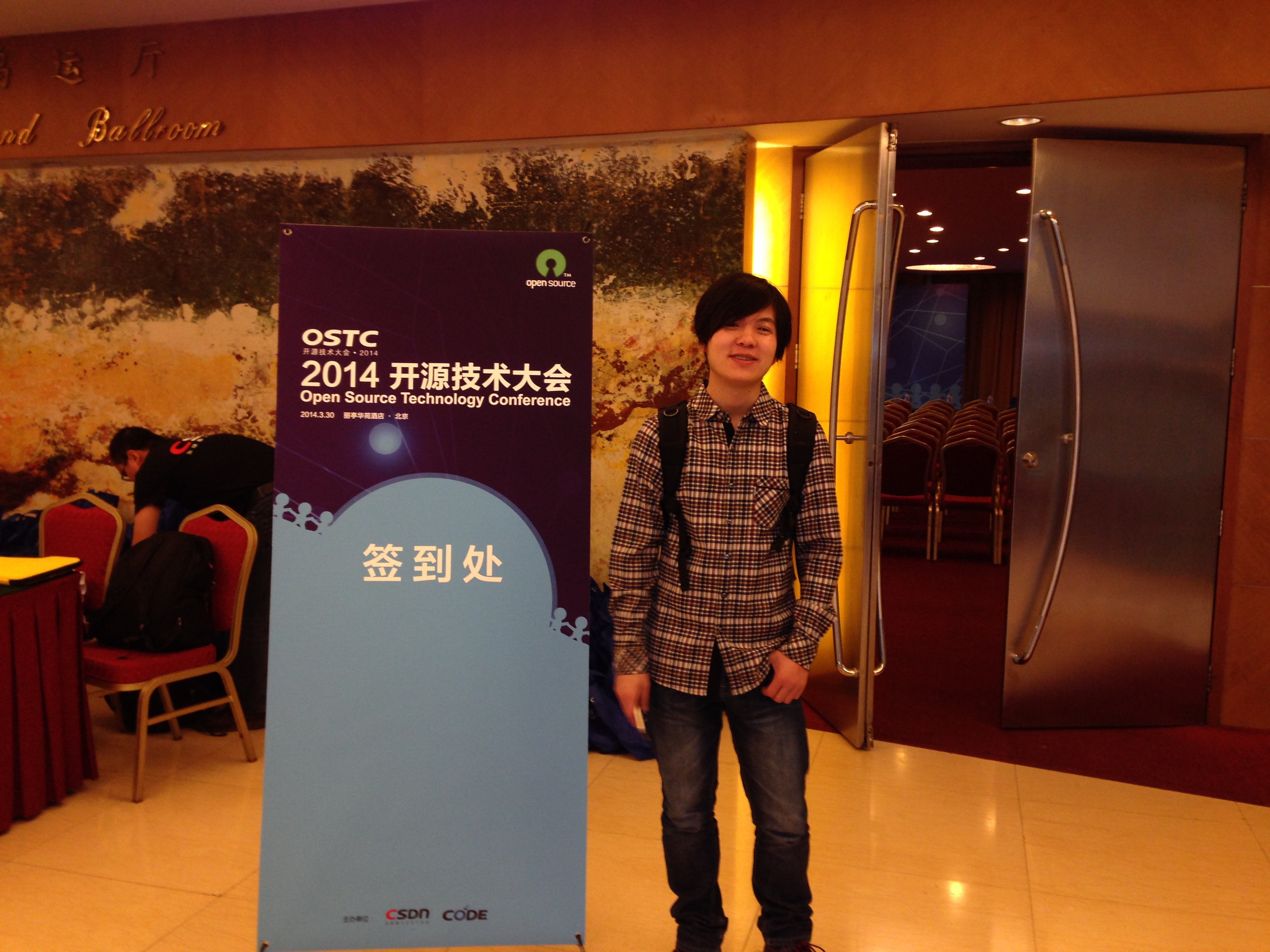 ------Time: 8:30 Am
First Speaker: Jiang Tao, the founder of CSDN During the speech, he mentioned the current situation of external and internal OS technology development and reviewed the development course of OS community in the past decade. Generally speaking, the OS development didn’t go very well. What’s more, good ecological system should be involved in the participation colleges and universities and efficient business mode as well as the enthusiastic developers. At present, more and more large-sized enterprises were embracing the OS programs with that CSDN and Tencent would become strategic union to improve the influence of China OS community. 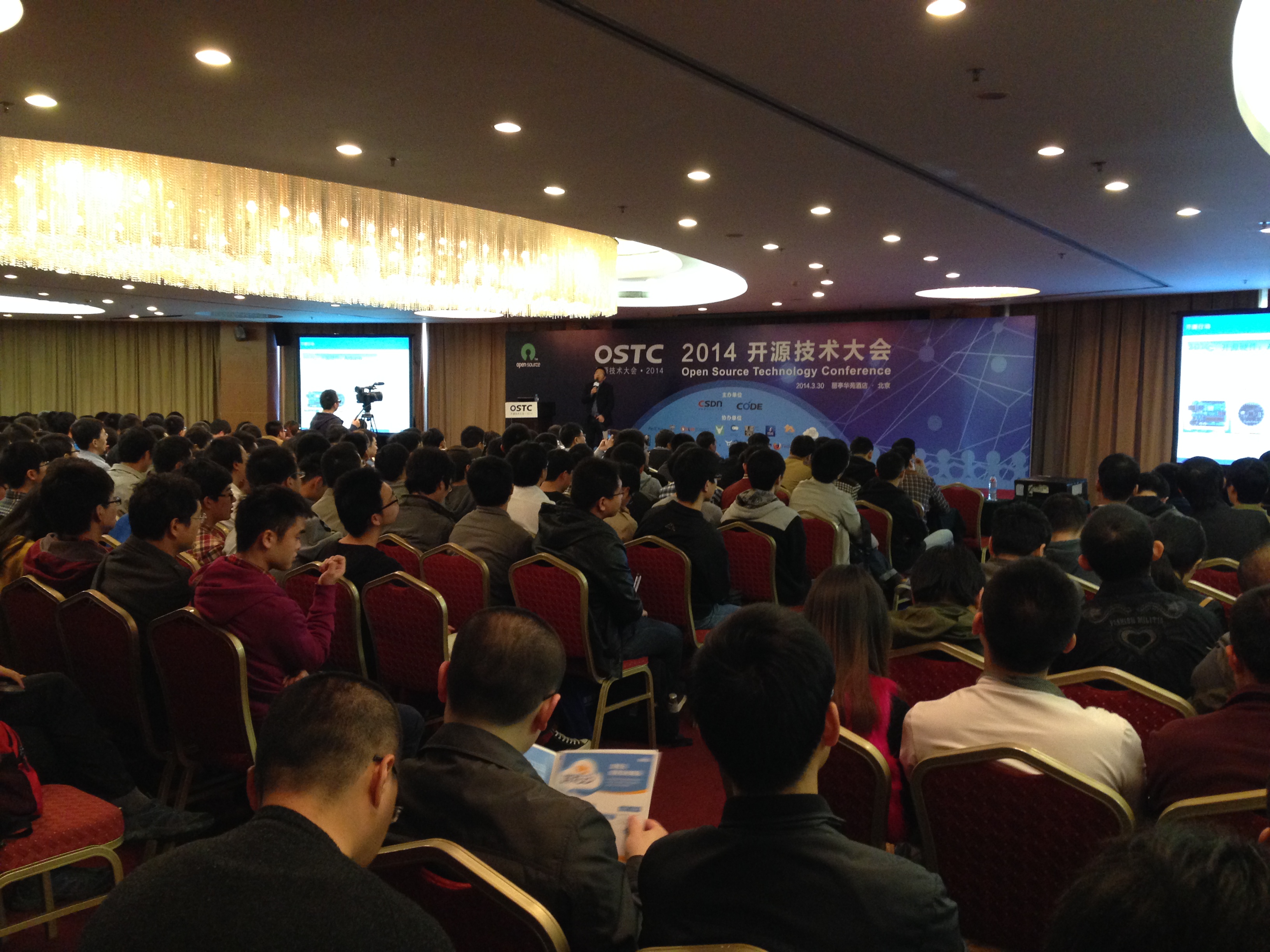 ------Time: 9:00 Am
Second Speaker: Chen Lei, the vice president of Tencent social network business group
During the speech, he mainly introduced the OS strategy of Tencent. It’s believed that Tencent has achieved the primary development after experiencing the three courses_ API open, ability open, code open. Moreover, Tencent has made several implementation phases. In the first phase, it will launch six projects about OS including the TDW, the analytical platform for large-data. In the second phase, it plans to make thirty projects including the powerful picture compressor components based on html5.Those mentioned above are key projects. Besides, to construct the largest OS community is the dream for CSDN and Tencent. Therefore, Tencent Commonweal will invest enough money to promote the community development and Tencent Cloud will also offer mainframe source to OS community and entrepreneurial team. 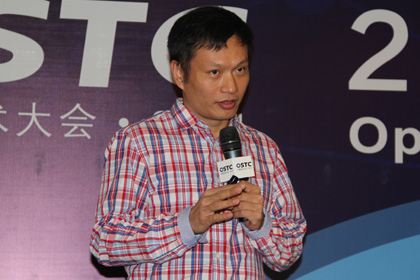 ------Time: 9:46 Am
Third Speaker: Larry Wall, the Perl language designer During the speech, he talked about the trend of OS community development and the excellent contribution in OS field with humorous style. Larry Wall engaged in initiating the Open Source and compiled some original OS projects. It’s said that the hardware appeared by purpose while the software by chance, which can account for the appearance of Perl-an unexpected product. As the original designer, he utilized the characteristics of other program languages, such as C、Sed、Awk、Shell Scripting and so on. In addition, Patch, the AP in Unix system and a standard GNU tool was also developed by Larry Wall. 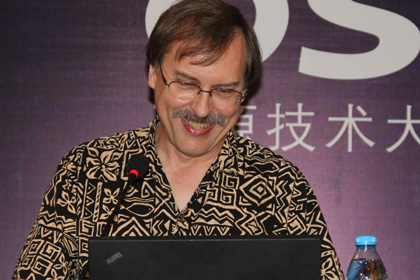 ------ Time: 10:34 Am
Fourth Speaker: Yan Xu, the DouBan technical director During the speech, Yan Xu mainly introduced the OS courses of DouBan. He stressed that the slow speed of SVN and the check-out problem of code made the knowledge harder to be transferred. DouBan once used a private repository with over-high cost. He jokingly said that the DouBan CODE System should be release on the Valentines Day! At the same time, he also shared the fourteen principles on code submission and code check-out, such as respect others; every submitted log should be matched with code; too much submission should be avoided.
Then, he told us that programming should be joyful. To make that, DouBan CODE System has established “honor system” and encouragement mechanism for code-writing tests and submitted-code merger would be awarded the medal. DouBan CODE System was quipped with functions which the Github didn’t own. For example,it can not only support the Markdown-format memo list, the color-preview under code submission but also offer Mobile version which means you can refresh the timeline and go through the latest code-change and use the various expression images. 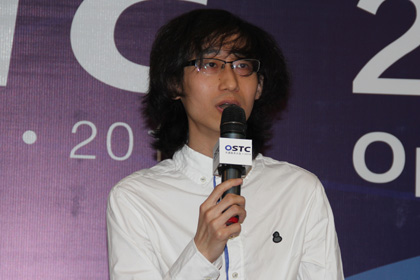 ------Time: 11:15 Am
Participants: Du Yujie, the board member of OpenStack; Pan Shaoning, the initiator of LAMP; Li Xuehui, the founder of CloudStack(china community); Wang Chunsheng, the director of Ch’an project; Thomas Yao, the director of SHLUG; Zhou Qi, the initiator of Phython(china community).
The last segment was the round-table discussion. Du Yujie presided over the meeting, they discussed around the common problems, such as how to embrace OS for Chinese enterprises and the operation and the management of OS community. 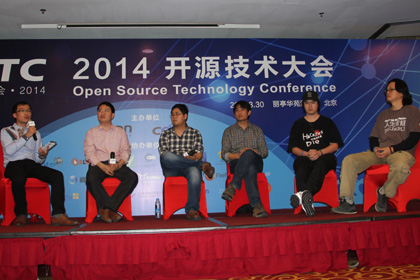 ------Time: 12:00 Am
Up to now, the speeches has ended. It’s time for dinner and noon beak.
------Time: 13:30 Pm
In the afternoon, the whole hall was divided into three branches. The three branches will start the meeting at the same time.Linux Deepin team was in the first branch.
------Time: 17:00 Pm
Participants: Thomas Yao, the CEO of GitCafe; He Weijia, the specialist from Redflag Linux; cjacker, the original employee of Redflag Linux; Yu Jie, the director of ubuntukylin; Wang Yong, the top leader of Linux Deepin
The section was still the round-table discussion. Thomas Yao presided over the meeting, they discussed around the review and the future of china OSOS. This meeting covered many aspects, such as the domestic Linux history, the science and technology system, the education and so on. This meeting paid more attention to the reflection about whether the domestic distro and educational system are matched with current technology development. 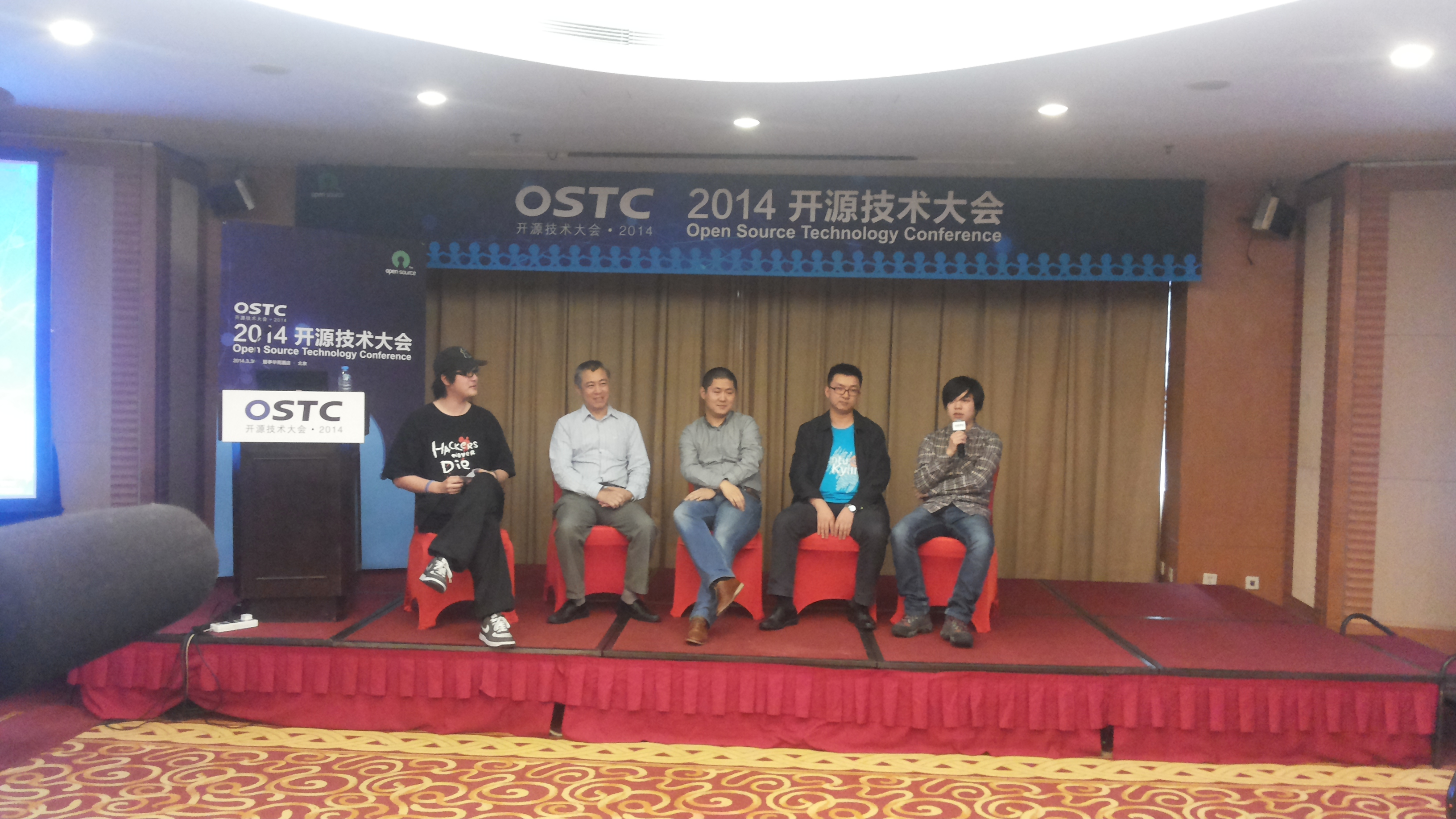 This is the miniature of the conference agenda.

In addition to the brilliant speeches, the host also offered the exhibit stands to show the products. Frankly speaking, the fire-new Linux Deepin 2014 has totally triggered the Deepin Fans’ interest and made an impressive impression. 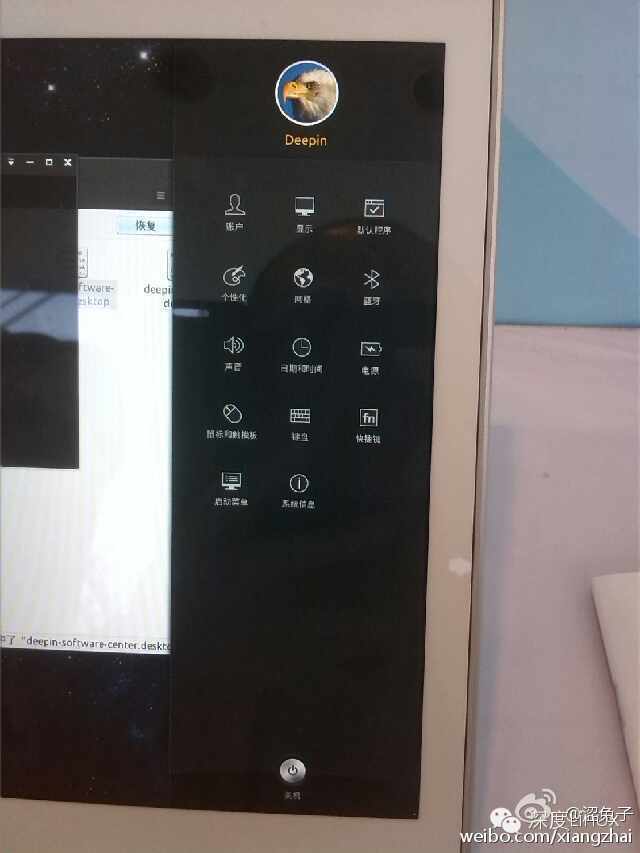 What made Linux Deepin 2014 attract so much attention on earth? Let me tell you the secrets. This time, we adopted the brand-new, bold and innovative UI design rather than the conservative way.
First, the Doke was centered. Program-start icon and program-stocker can be seen on the Doke. In that case, it can be more easier for users to manage the operating program; Second, the system setting has been altered to the window pop-out on the right side of the desktop, which means the system setting can be available only by moving the mouse to the hotspot in the lower right corner; Third, the system module has been totally optimized in a new way. So users can enjoy the easy and handy operation with the function of multi-option setting; At last, with the long-term-expectation, Deepin Talk will finally meet with Deepin Fans, the first step to achieve the service-connection for Linux Deepin. Besides, the wholly new Deepin Stereo will satisfy the users with the on-line video. 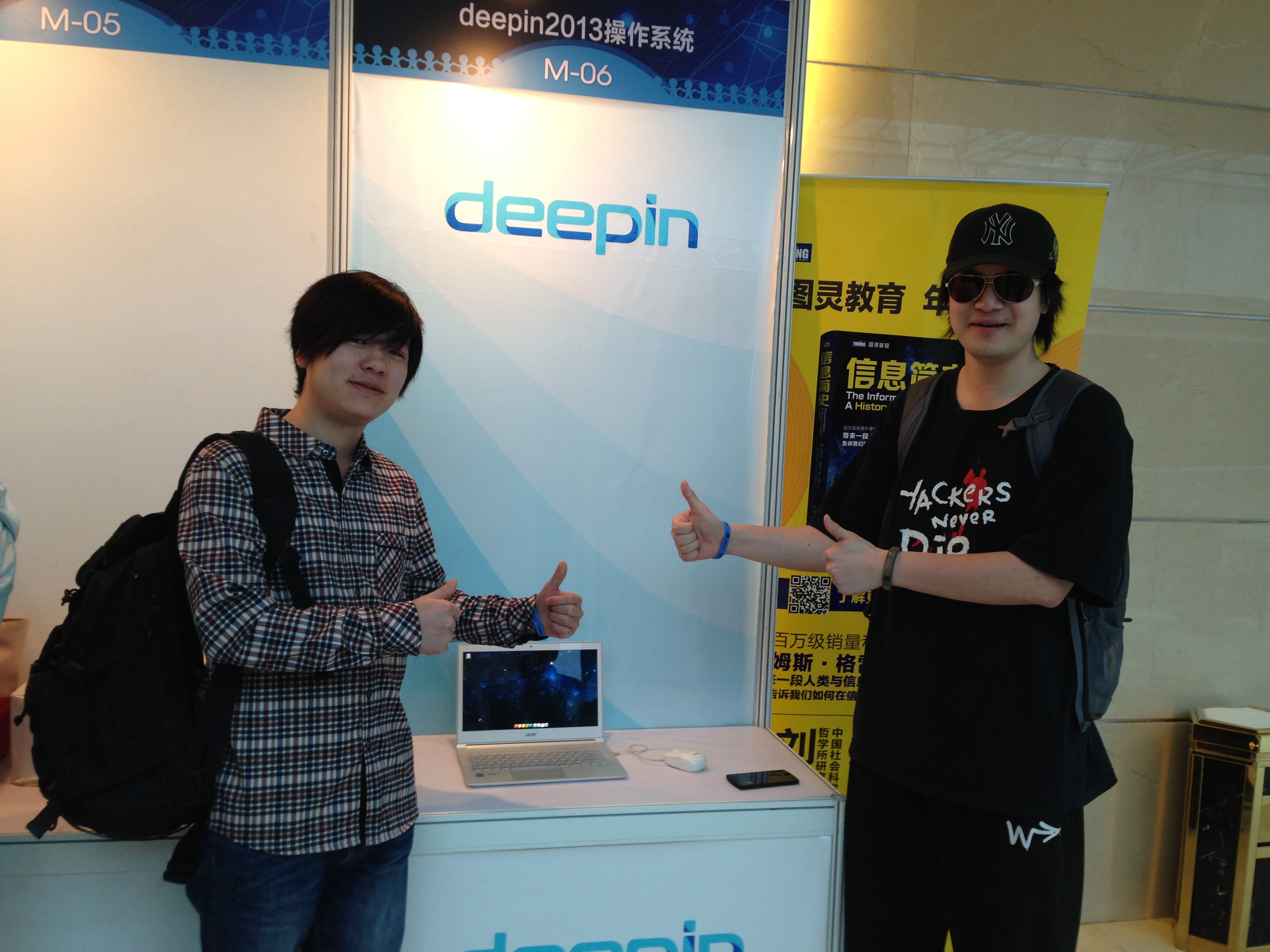 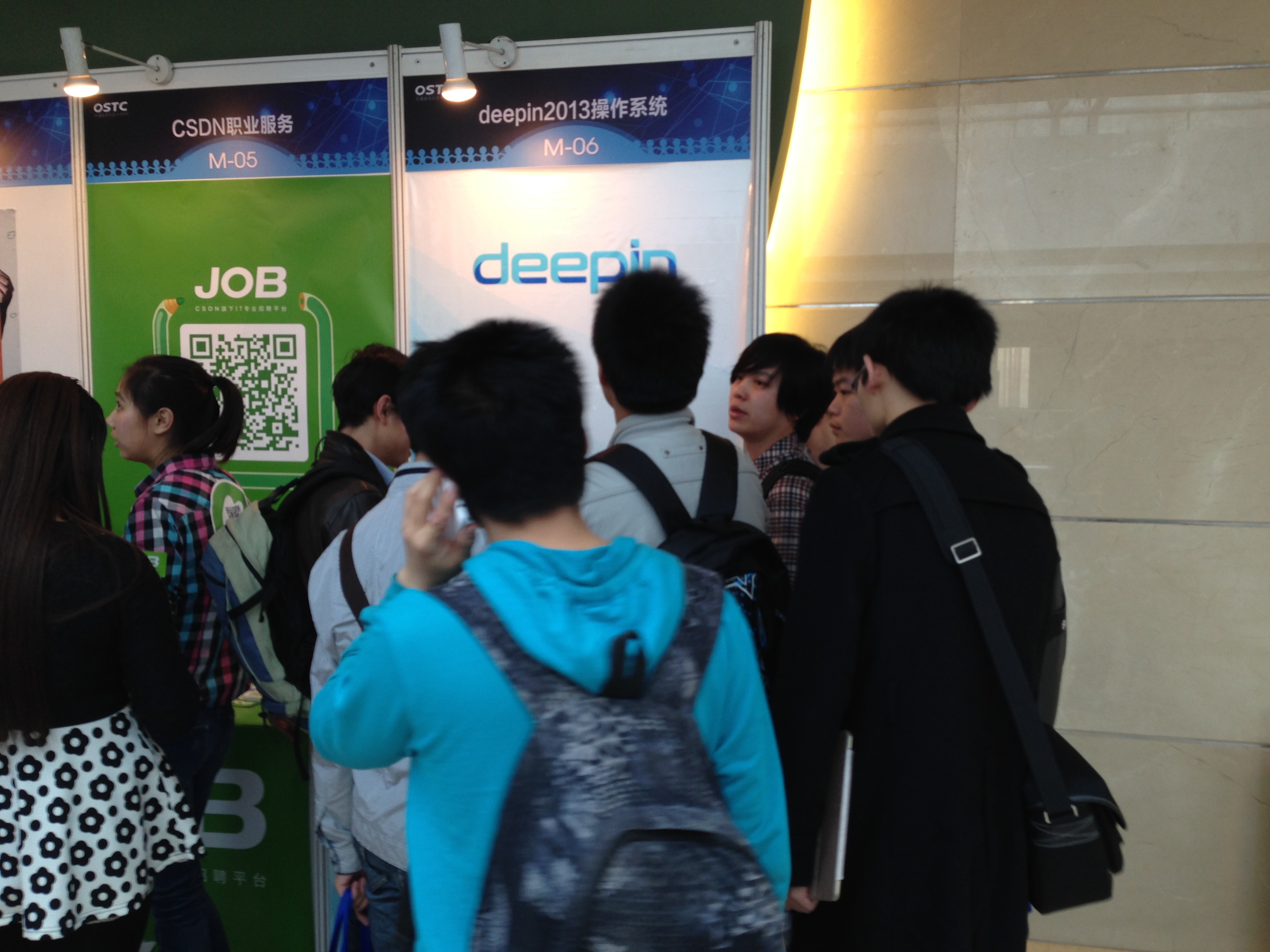 After the conference, Wang Yong and Yu Jie made further communication. Though at present Linux Deepin and Ubuntukylin represented the most powerful Linux distros in china after the long-term struggle, both top leaders agreed to keep on enlarging the OS scale and strengthen the mutual cooperation. 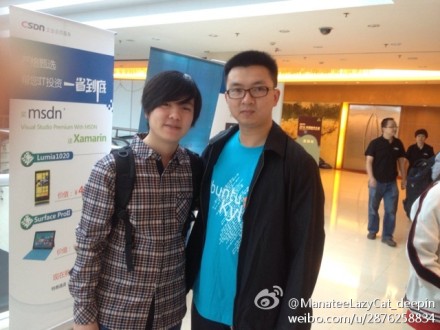