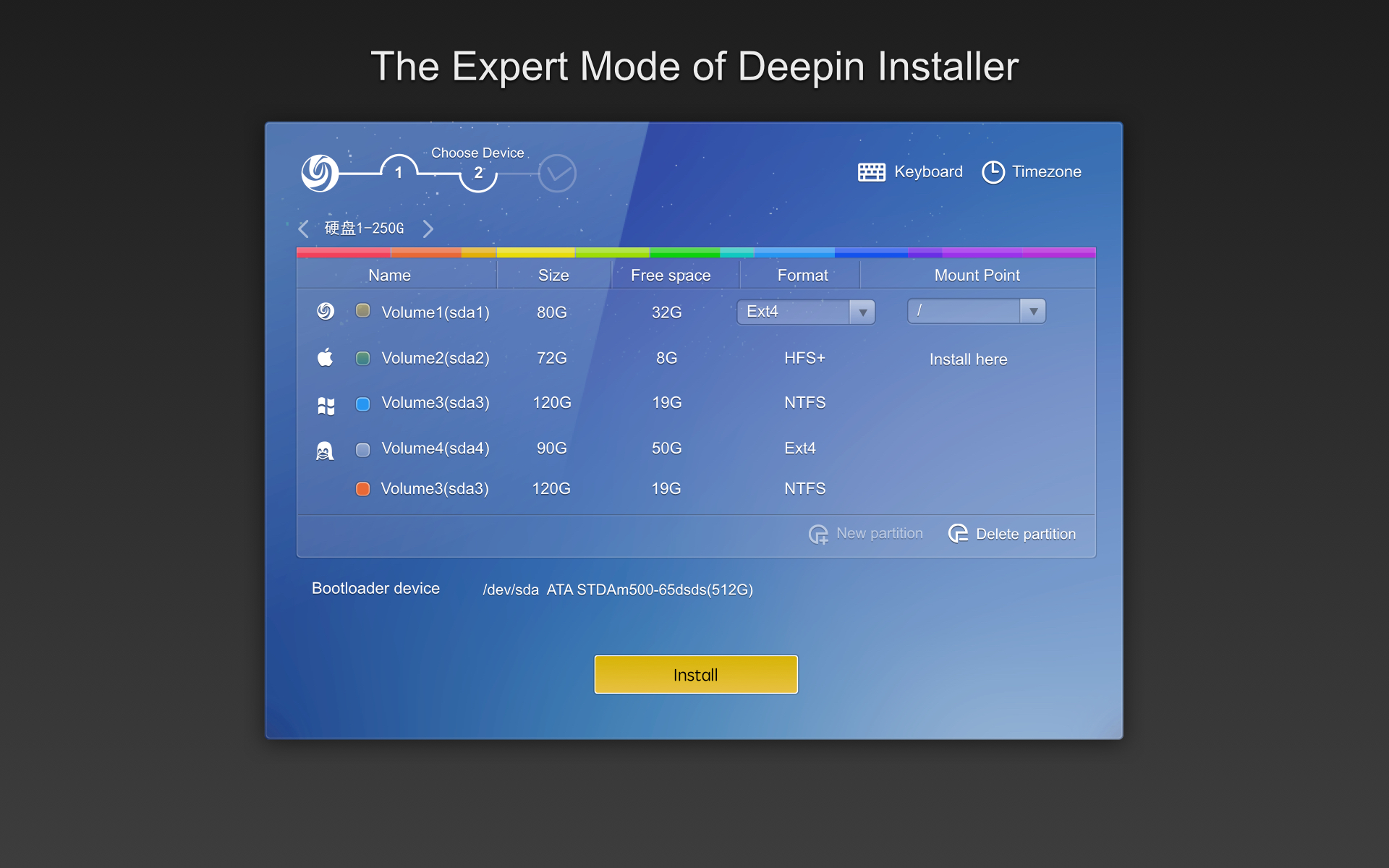 Now when you use Deepin Installer to install Deepin 2014, you just need to fill in user information, choose the hard disk or partition where you’ll install Deepin 2014 to complete the installation and configuration without manual partitioning, which greatly lowers the threshold of installing Linux system. But we still retain the expert mode of manual partitioning. This time we’ll briefly explain the operation of the expert mode of Deepin Installer.

If you want to use the expert mode of Deepin Installer, you need to have some understanding to the mount points (partitions) of Linux first. The origin of all mount points of Linux is “/” (root directory), and so “/” must be set individually. The data of users are stored in “/home”. In order to make sure that the data of users are safe, I suggest you to set “/home” individually. The other mount points needn’t to be set individually since “/” will adjust the size of their partitions automatically. In addition, some users may need to set SWAP partition, which is similar to the virtual RAM under Windows and whose main role is that when there is insufficient computer RAM, some hard disk space can be used as RAM.

You also need to set the corresponding file system for the mount points.  The file system used by Linux is different from that used by Windows, so we can not use the file system of Windows. Here we recommend you to use EXT4 file system because this file system has balanced and stable performance.

The above is the screenshot of having finished setting the expert mode of Deepin Installer. You can select “Install” to begin installing the system.

Q: Does the system run faster if SWAP is bigger?

A: The RAM has much higher reading speed and writing speed than the hard disk. If the system uses too much space of the hard disk to store the data which should be stored in RAM, the system’s operating speed will be greatly reduced. We should set an appropriate size for SWAP.